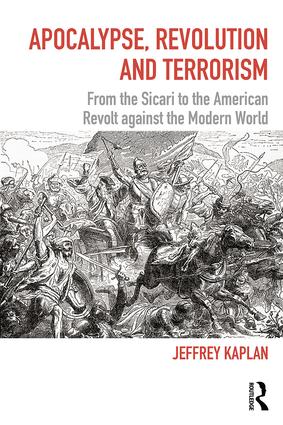 From the Sicari to the American Revolt against the Modern World, 1st Edition

This book focuses on religiously driven oppositional violence through the ages. Beginning with the 1st-century Sicari, it examines the commonalities that link apocalypticism, revolution, and terrorism occurring in Judaism, Christianity, and Islam past and present.

It is divided into two sections, 'This was Then' and 'This is Now', which together examine the cultural and religious history of oppositional violence from the time of Jesus to the aftermath of the 2016 American election. The historical focus centers on how the movements, leaders and revolutionaries from earlier times are interpreted today through the lenses of historical memory and popular culture. The radical right is the primary but not exclusive focus of the second part of the book. At the same time, the work is intensely personal, in that it incorporates the author's experiences in the worlds of communist Eastern Europe, in the Iranian Revolution, and in the uprisings and wars in the Middle East and East Africa.

This book will be of much interest to students of religious and political violence, religious studies, history, and security studies.

'Jeffrey Kaplan’s discussion of how ancient groups in the Jewish, Islamic and Christian religions have utilized the apocalyptic vision and how apocalyptic thought has affected contemporary American politics including the election of Donald Trump is fascinating and provocative.'--David C. Rapoport, Professor Emeritus of Political Science at University of California, Los Angeles (UCLA), USA

'If you are a true believer in conspiracy theories, you should not read this book - your favourite theory why the world is in such a mess and who is to blame for it might be undermined by Jeff Kaplan's detached dissection, separating facts from fantasies. His analysis of human folly and fanaticism, past and present, should be an eye opener for those who 'feel too much and understand too little', to cite a line from the author's previous book.'-- Alex P. Schmid, Editor-in-Chief, Perspectives on Terrorism

'Jeffrey Kaplan’s Apocalypse, Revolution and Terrorism is the culmination of a lifetime's worth of extraordinary scholarly achievements. At once deeply personal and meticulously annotated, this work ranges across continents and centuries to make sense of the nexus of terrorism, apocalypticism, and the revolutionary mindset. It is equally as relevant and useful for historians of the ancient and medieval world and for the contemporary policymaker.'—Randall D. Law, Birmingham-Southern College in Birmingham, Alabama, USA

PART I: This was Then

Nothing is True, Everything is Permitted: Premodern Religious Terrorism

PART II: This is Now

3. Red Dawn Is Now: Race Vs. Nation and the American Election

4. Life During Wartime: Active Measures in the Microchip Era

Jeffrey Kaplan is Professor of Security Studies at the King Fahd Security College, Saudi Arabia. He is author or editor of many books on terrorism and religious violence, including Radical Religion and Violence: Theory and Case Studies (Routledge 2015).