The expanding application of Concept Mapping includes its role in knowledge elicitation, institutional memory preservation, and ideation. With the advent of the CmapTools knowledge modeling software kit, Concept Mapping is being applied with increased frequency and success to address a variety of problems in the workplace.

The authors provide access to a free download of CmapTools, courtesy of the Institute for Human and Machine Cognition, to enable readers to create and share their own Concept Maps. Offering examples from the United States, Canada, Australia, Spain, Brazil, Scotland, and The Netherlands, they highlight a global perspective of this dynamic tool. The text is organized into three sections:

Brian M. Moon is the Co-Founder and Chief Technology Officer of Perigean Technologies LLC, Fredericksburg, Virginia, U.S.A. He holds a Bachelor of Arts, Psychology, from Miami University, Oxford, Ohio, U.S.A., and a Master of Science, Sociology, from the London School of Economics and Political Science, London, U.K. From 1996 to 2000, Mr. Moon provided social science support to legal defense teams. He joined the staff of Klein Associates Inc. in 2000 to apply naturalistic methods to the solution of problems in software engineering, organizational and workplace design, and training. In 2007, Brian founded Perigean Technologies with his wife, Alyson, to help organizations improve through smarter use of their own knowledge and to help improve the way knowledge moves through organizations. Perigean Technologies’ clients have included Westinghouse Electric Company, the New York Power Authority, the Defense Advanced Research Projects Agency, TNO, the Federal Bureau of Investigation, General Dynamics Advanced Information Systems, and Sandia National Laboratories. Mr. Moon has served on the Program Committee for International Conferences on Concept Mapping (CMC 2004, 2006, 2008, 2010), and is the Owner of the Applied Concept Mapping Group at LinkedIn. He has published extensively on topics concerning knowledge management and methodology.

Robert R. Hoffman is a Senior Research Scientist at the Institute for Human and Machine Cognition (IHMC), Pensacola, Florida, U.S.A. He is recognized as one of the world leaders in the field of cognitive systems engineering and Human-Centered Computing (HCC). He is a Fellow of the Association for Psychological Science and a Fulbright Scholar. His Ph.D. is in experimental psychology from the University of Cincinnati, where he received McMicken Scholar, Psi Chi, and Delta Tau Kappa Honors. Following a Postdoctoral Associateship at the Center for Research on Human Learning at the University of Minnesota, Robert joined the faculty of the Institute for Advanced Psychological Studies at Adelphi University. He began his career as a psycholinguist, and founded the journal, Metaphor and Symbol. His subsequent research leveraged the psycholinguistics background in the study of methods for eliciting the knowledge of domain experts. Robert has been recognized internationally in disciplines including psychology, remote sensing, weather forecasting, and artificial intelligence, for his research on human factors in remote sensing, his work in the psychology of expertise and the methodology of cognitive task analysis, and for his work on HCC issues intelligent systems technology and the design of macrocognitive work systems. He is a Co-Editor for the Department on Human-Centered Computing in IEEE: Intelligent Systems, is Editor for the book Series, Expertise: Research and Applications, and a co-founder and Track Editor for the Journal of Cognitive Engineering and Decision Making.

Joseph D. Novak is a Professor Emeritus, Cornell University, and Senior Research Scientist at IHMC. Completing graduate studies at the University of Minnesota in 1958, Joe taught biology at Kansas State Teachers College at Emporia, 1957-59, and biology and teacher education courses at Purdue University, 1959-67. From 1967 to 1995, he was Professor of Education and Biological sciences at Cornell University where his research focused on human learning, educational studies and knowledge creation and representation. He has developed a theory of education to guide research and instruction, first published in 1977 and updated in 1998 and 2010. He is author or coauthor of 29 books and more than 140 book chapters and papers in professional books and journals. His Learning How to Learn (with D. Bob Gowin) published in 1984 has been translated into eight other languages. He has consulted with more than 400 schools, universities and corporations, including recent work with Procter and Gamble, NASA, the U.S. Navy, and the Electric Power Research Institute. His recent book, Learning, Creating, and Using Knowledge: Concept Maps as Facilitative Tools in Schools and Corporations (Routledge, 2010) is being translated into three foreign languages. He has received a number of awards and honors, including a 1998 Honorary Doctorate from The University of Comahue, Nuquen, Argentina; Honorary Doctorate, Public University of Navarra, Pamplona, Spain, in 2002; Honorary Doctorate from the University of Urbino in 2006; and the first award for contributions to science education from the Council of Scientific Society Presidents.

Alberto J. Cañas is Co-Founder and an Associate Director of the Institute for Human and Machine Cognition. He received a Bachelors Degree in Computer Engineering from the Instituto Tecnologico de Monterrey, Mexico, an M. Math Degree in Computer Science and a Ph.D. in Management Science, both from the University of Waterloo, Canada. He has taught at the Instituto Tecnologico de Costa Rica, Tulane University and INCAE (in Costa Rica). In the late 1980s, He served as the Director of IBM’s Latin American Education Research Center in Costa Rica. From 1989 to 2005, he was a faculty member of the Computer Science Department at the University of West Florida. His research and development at IHMC has included uses of computers in education, knowledge management, knowledge acquisition, information retrieval, and human-machine interface—all leading to the development of CmapTools. Alberto has served as the Co-Chair for the CMC 2004, 2006, 2008, 2010, and has published and lectured throughout many countries in North and Latin America, Europe, Africa, and Asia. 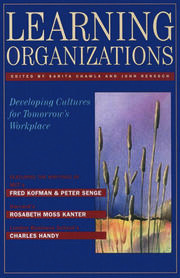 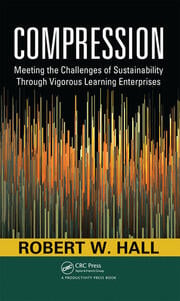