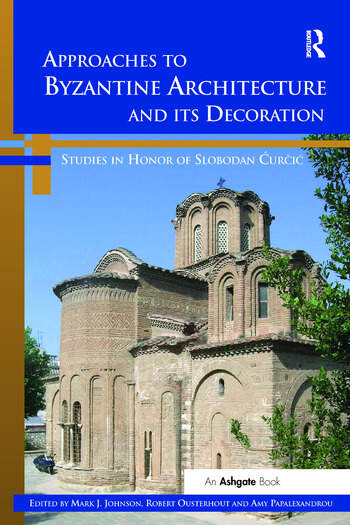 Approaches to Byzantine Architecture and its Decoration: Studies in Honor of Slobodan Curcic

The fourteen essays in this collection demonstrate a wide variety of approaches to the study of Byzantine architecture and its decoration, a reflection of both newer trends and traditional scholarship in the field. The variety is also a reflection of Professor Curcic’s wide interests, which he shares with his students. These include the analysis of recent archaeological discoveries; recovery of lost monuments through archival research and onsite examination of material remains; reconsidering traditional typological approaches often ignored in current scholarship; fresh interpretations of architectural features and designs; contextualization of monuments within the landscape; tracing historiographic trends; and mining neglected written sources for motives of patronage. The papers also range broadly in terms of chronology and geography, from the Early Christian through the post-Byzantine period and from Italy to Armenia. Three papers examine Early Christian monuments, and of these two expand the inquiry into their architectural afterlives. Others discuss later monuments in Byzantine territory and monuments in territories related to Byzantium such as Serbia, Armenia, and Norman Italy. No Orthodox church being complete without interior decoration, two papers discuss issues connected to frescoes in late medieval Balkan churches. Finally, one study investigates the continued influence of Byzantine palace architecture long after the fall of Constantinople.

'... the editors have done an admirable job in pulling together from disparate sources a coherent collection of essays that provides much food for thought. Beyond the specific issues dealt with in each contribution, the book is a valuable overview of many current and traditional methodological approaches...' Bryn Mawr Classical Review '... this volume offers important new materials from the Byzantine provinces as well as in Constantinople. It is also a fitting tribute to Professor Slobodan Curcic.' Mediaevistik 'It is papers such as [Christina Maranci's], and Ida Sinkevic's contribution on royal entrances in 14th-century Macedonian churches ... which most intrigued the reviewer, presenting exciting, but relatively little known material.' Medieval Archaeology