Archipelagic Identities
Literature and Identity in the Atlantic Archipelago, 1550–1800 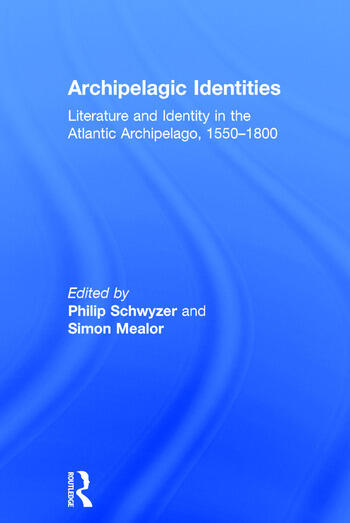 Archipelagic Identities: Literature and Identity in the Atlantic Archipelago, 1550–1800

Archipelagic Identities explores the invention and interplay of national, regional and linguistic identities in the literatures of early modern Britain and Ireland. The volume includes innovative work by leading practitioners of British studies, and sheds new light on classic cases such as Edmund Spenser's Irish experience, whilst also introducing less familiar writers and texts, such as Anne Dowriche's The French Historie, William Browne's Britannia Pastorals, William Richards' Wallography, Anne Bradstreet's 'Dialogue between Old England and New', and the works of Gaelic bards and French Huguenot refugees. Foregrounding issues of gender, class and migratory identity which have not previously received significant attention in this field, Archipelagic Identities brings British studies into the mainstream of contemporary literary criticism.