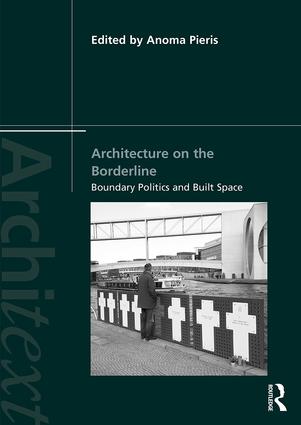 Architecture on the Borderline

Architecture on the Borderline interrogates space and territory in a turbulent present where nation-state borders are porous to a few but impermeable to many. It asks how these uneven and conflicted social realities are embodied in the physical and material conditions imagined, produced or experienced through architecture and urbanism.

Drawing on historical, global examples, this rich collection of essays illustrates how empires, nations and cities expand their frontiers and contest boundaries, but equally how borderline identities of people and places influence or expose these processes. Empirical chapters covering Central Asia, the Asia Pacific region, the American continent, Europe and the Middle East offer multiple critical insights into the ways in which our spatial imagination is contingent on ‘border-thinking’; on the ways of being and navigating frontiers, boundaries and margins, the three themes used to organise their content. The underlying premise of the book is that sensitisation to border conditions can alter our understanding of the static physical spaces that service political or cultural ideologies, and that the view from the periphery opens up new ways of understanding sovereignty. In exploring these various spaces and their transformative subjectivities, this book also reveals the unrelenting precarity of contesting and living on the margins, and related spaces and discourses that are neglected or suppressed.

Anoma Pieris is a professor at the Faculty of Architecture, Building and Planning, University of Melbourne. She has published widely on nationalism, citizenship and sovereignty. Recent publications include Hidden Hands and Divided Landscapes: A Penal History of Singapore's Plural Society (2009); Architecture and Nationalism in Sri Lanka: The Trouser under the Cloth (2012); Assembling the Centre: Architecture for Indigenous Cultures. Australia and Beyond (2015), co-authored with Janet McGaw; and Sovereignty, Space and Civil War in Sri Lanka (2018).