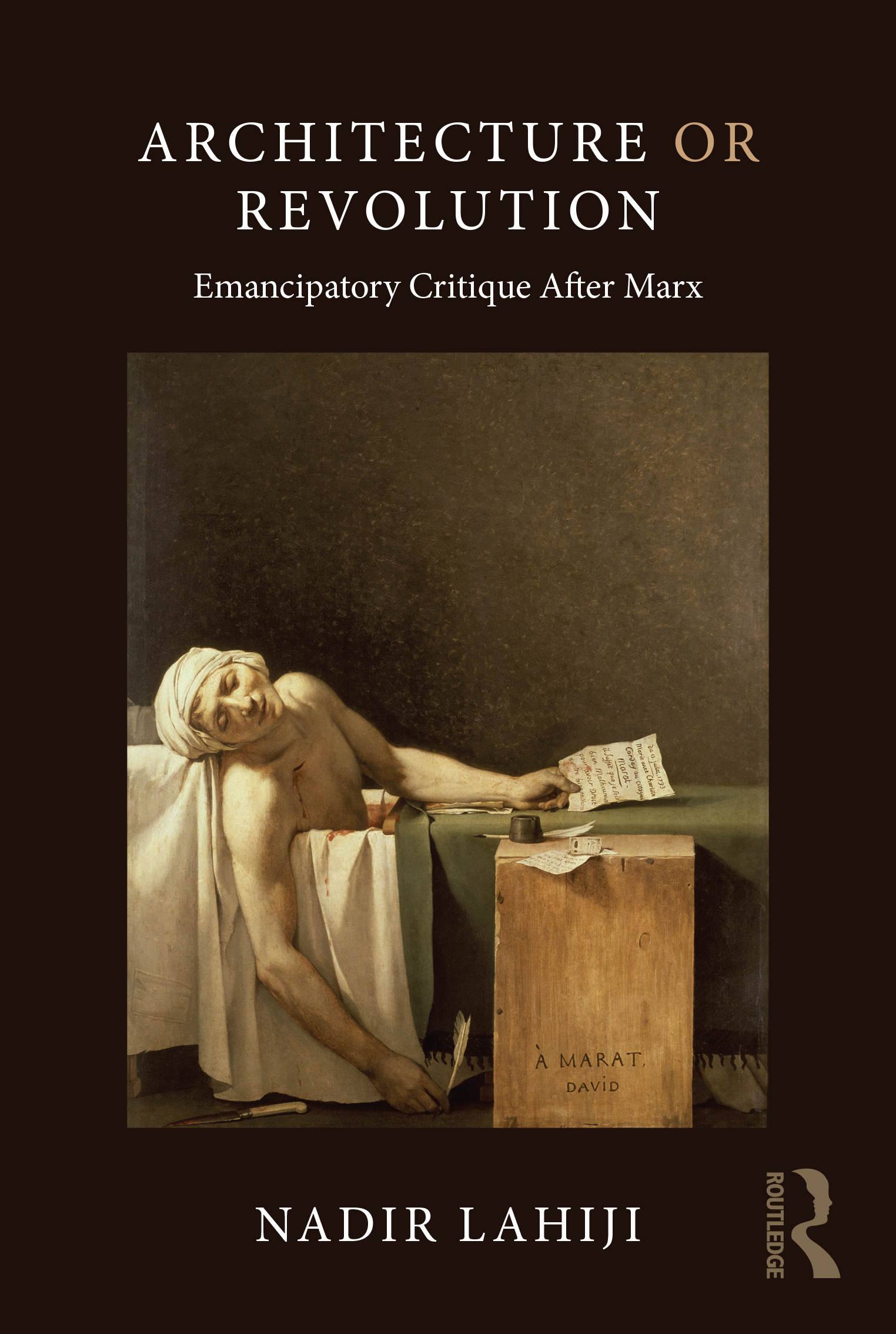 By linking building theory to the emancipatory project of critique advanced by radical thinkers in our time, this work investigates the key conceptual and historical elements that culminate in an emancipatory theory of building entitled: 'Toward A Philosophy of Shelter’. Taking Marx as its only resource, this work proceeds with the conviction that our era is contemporaneous to Marx’s historical era. This means ‘not judging the validity of Marx from the perspective of the historical situation’, but rather, ‘demonstrating the validity of a Marxian perspective for a singular historical situation’, as ours. This work will therefore translate this perspective into seeing the situation of architecture through the eyes of Marx.

All those concerned with the predicament in our current condition in which architecture must play a major social role in upholding the universal value of what Alain Badiou calls 'generic humanity' will take an interest in this work. In particular, architects, critics, scholars and students inside the field of architecture who would be seeking the application of this universal value to a new theory of building will be a welcoming audience for this work.

"An urgent and passionate call for architecture to awaken from its current dogmatic slumber, Nadir Lahiji’s Architecture or Revolution is also a stunning attempt to re-read Marx as our contemporary. Against the defeatist consolations of so-called ‘post-critical’ theory and neoliberal fantasies of capitalist progression, this remarkable book shows how we need Marx’s critical and emancipatory perspective more than ever. The lesson is that a critical theory of architecture will be Marxian, or it will not be at all." - David Cunningham, Institute for Modern and Contemporary Culture, University of Westminster

"In his latest book, Architecture or Revolution, architectural philosopher Nadir Lahiji argues cogently and fiercely for what he calls the "right to shelter." Shelter is more than a roof over one’s head, more than what Le Corbusier described as "a primal instinct." It’s a human right inherently linked to a political philosophy—to a fundamental commitment to equality. Starting from a rereading of Marx and the French Revolution, Lahiji calls for architecture to move beyond capitalist complaisance and nihilism and take a revolutionary stance, one that conjoins aesthetics and ethics with a critique of political economy. A fervent cry from the contemporary barricades." - Joan Ockman, Vincent Scully Visiting Professor of Architectural History, Yale University

"With Architecture or Revolution, Nadir Lahiji provides the most thorough attempt to conceive an emancipatory theory of building that anyone has yet tried. His book doesn’t just propose a Marxist theory of architecture but engages architecture as itself a form of Marxist practice. The insights are stunning, and the ramifications are far-reaching." - Todd McGowan, University of Vermont

"In Lahiji’s Architecture or Revolution, le Corbusier’s pronouncement, “Architecture or Revolution” is, perhaps for the first time, analyzed seriously. Examined in the context of the French Revolution and the revolutions projected by Corb’s philosophic contemporaries, “revolution” is shown to be the logical option that Corb so incorrectly dismisses. Lahiji makes the argument that, starting with Corb, architects, especially in the academy, have eradicated both the idea of a true revolution and the critical framework we need to articulate its necessity." - Peggy Deamer, Yale School of Architecture, emerita

1. The Blank Wall: Architecture and the French Revolution

Invention of the Blank Wall

Theses on the Blank Wall

The Blank Wall and Philosophy of Revolution

2. The Architecture of Bonapartism

Neo-Bonapartism and Specters of Le Corbusier

Critique and the Unconscious

The Sublime Object of Critique

Architecture and the Capitalist Unconscious

5. Toward A Philosophy of Shelter

Shelter, Not A Lofty Tower

Universality of Shelter and the Philosophy of Right

Coda: In Defence of Marx

Nadir Lahiji is an architect. He is most recently the author of An Architecture Manifesto: Critical Reason and Theories of a Failed Practice (Routledge, 2019). His previous publications include, among others, Adventures with the Theory of the Baroque and French Philosophy, and the co-authored The Architecture of Phantasmagoria: Specters of the City.