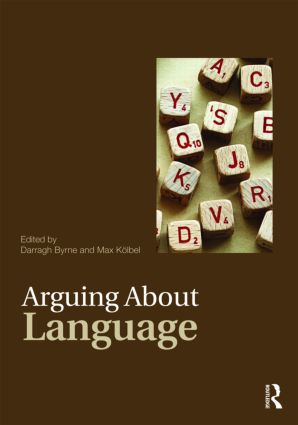 Arguing About Language presents a comprehensive selection of key readings on fundamental issues in the philosophy of language. It offers a fresh and exciting introduction to the subject, addressing both perennial problems and emerging topics.

Classic readings from Frege, Russell, Kripke, Chomsky, Quine, Grice, Lewis and Davidson appear alongside more recent pieces by philosophers or linguists such as Robyn Carston, Delia Graff Fara, Frank Jackson, Ernie Lepore & Jerry Fodor, Nathan Salmon, Zoltán Szabó, Timothy Williamson and Crispin Wright. Organised into clear sections, readings have been chosen that engage with one another and often take opposing views on the same question, helping students to get to grips with the key areas of debate in the philosophy of language, including:

Each article selected is clear, thought-provoking and free from unnecessary jargon. The editors provide lucid introductions to each section in which they give an overview of the debate and outline the arguments of the papers.

Arguing About Language is an ideal reader for students looking for a balanced yet up-to-date introduction to the philosophy of language.

Darragh Byrne is lecturer in philosophy at the University of Birmingham, UK.

Max Kölbel is ICREA Research Professor at the University of Barcelona, Spain. He is the author of Truth without Objectivity (Routledge, 2002) and co-editor of Wittgenstein's Lasting Significance (Routledge, 2004) with Bernhard Weiss, as well as Relative Truth (Oxford, 2008) with Manuel García-Carpintero.

When first I read it my immediate thought was: I would like to use this book for a philosophy of language course. There is, I think, a fine balance between classic and contemporary readings. And one thing I find especially laudable is that instead of, somewhat mindlessly, having chosen the most well-known readings on a topic, the editors have gone for quality and so have made some unconventional choices.

Byrne and Kölbel have chosen well. Their fifteen parts span the full spectrum of topics in philosophy of language. Each part includes two or three pivotal and provocative readings. Some are by household names like Russell and Chomsky. Others are little known gems that will pleasantly surprise even experts. The editors also do a superb job of helping readers to appreciate the import and value of the debates. The full package – the readings, overviews, guidance questions, and pointers to further readings – should enable students and others to discover and engage with opposing views in a fascinating and resurgent field of philosophy.

Darragh Byrne is lecturer in philosophy at the University of Birmingham, UK.

Max Kölbel is ICREA Research Professor at the University of Barcelona, Spain. He is the author of Truth without Objectivity (Routledge, 2002) and co-editor of Wittgenstein's Lasting Significance (Routledge, 2004) with Bernhard Weiss, as well as Relative Truth (Oxford, 2008) with Manuel García-Carpintero.