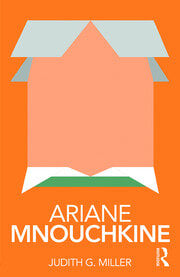 Over the last forty years, French director Ariane Mnouchkine and her theater collective, Le Théâtre du Soleil, have devised a form of research and creation that is both engaged with contemporary history and committed to reinvigorating theater by focusing on the actor. Now revised and reissued, this volume combines:

● an overview of Mnouchkine’s life, work and theatrical influences

● analysis of key productions, including her early and groundbreaking environmental political piece, 1789, and the later Asian-inspired play penned by Hélène Cixous, Drums on the Dam.

As a first step toward critical understanding, and as an initial exploration before going on to further, primary research, Routledge Performance Practitioners offer unbeatable value for today’s student.

NOMAD OF THE IMAGINATION

Mnouchkine and her times

THE QUEST FOR FORM

: the Cixousian partnership, aesthetics of the hyper-real, and border crossers

Drums on the Dam: In the Form of an Ancient Puppet Play, Performed by Actors

: theatrical self-questioning and the actor as puppet