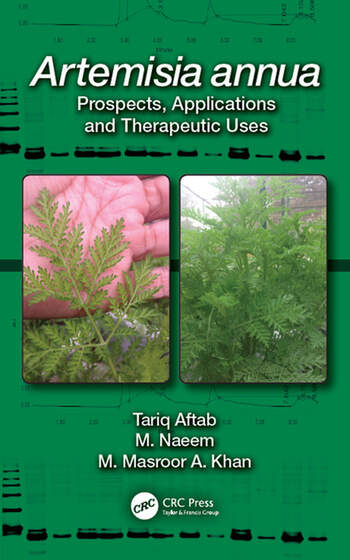 Artemisia annua is a well-known medicinal plant that has been utilized for a number of purposes, including malaria, for centuries. This is the first comprehensive book to cover the importance of Artemisia annua in the global health crisis and in the treatment against diseases.

A component and extract, artemisinin, is the source of other derivatives which are also suitable for pharmaceutical use. The present demand for artemisinin far outpaces its supply. Researchers are working globally towards improving artemisinin content in the plant by various means. Artemisia annua: Prospects, Applications and Therapeutic Uses highlights the different approaches, including ‘omics', that are being used in current research on this immensely important medicinal plant.

Providing comprehensive coverage of the agricultural and pharmaceutical uses of this plant, Artemisia annua will be essential reading for botanists, plant scientists, herbalists, pharmacognosists, pharmacologists and natural product chemists.

received his Ph.D. in the Department of Botany at Aligarh Muslim University, India, and is currently an Assistant Professor there. He is the recipient of a prestigious Leibniz-DAAD fellowship from Germany, Raman Fellowship from the Government of India, and Young Scientist Awards from the State Government of Uttar Pradesh (India) and Government of India. He has worked as Visiting Scientist at IPK, Gaterleben, Germany, and in the Department of Plant Biology, Michigan State University, USA. He is also a member of various scientific associations from India and abroad. He has published research articles in several peer-reviewed national and international journals and is the lead editor of the book Artemisia annua: Pharmacology and Biotechnology. His research interests include physiological, proteomic, and molecular studies on medicinal and aromatic plants.

is an Assistant Professor in the Department of Botany at Aligarh Muslim University, India. For more than a decade, he has devoted his research to improving the yield and quality of commercially important medicinal and aromatic plants (MAPs). His research focuses on escalating the production of MAPs and their active principles using a novel and safe technique involving radiation-processed Polysaccharides as well as the application of potent PGRs. To date, he has successfully run three major research projects as Principal Investigator, two of which were sanctioned by the Department of Science & Technology, New Delhi, while another awarded by CSTUP, Lucknow. Dr. Naeem has published seven books and more than 80 research papers in reputable national and international journals. He has also participated in various national and international conferences and acquired life memberships to various scientific bodies in India and abroad. Based on his research contributions, Dr. Naeem has been awarded a Research Associateship from the Council of Scientific & Industrial Research, New Delhi; a Young Scientist Award (2011) from the State Government of Uttar Pradesh; a Fast Track Young Scientist Award from the Department of Science & Technology, India; a Young Scientist of the Year Award (2015) from the Scientific and Environmental Research Institute, Kolkata; and a Rashtriya Gaurav Award (2016) from the International Friendship Society, New Delhi and a Distinguished Young Scientist of the Year Award (2016) from the International Foundation for Environment and Ecology, Kolkata

is a Professor in the Department of Botany at Aligarh Muslim University, India. After completing his Ph.D., he worked as a postdoctoral fellow at the Ohio State University, USA (1987-1988). Then he worked as Pool Scientist for the Council of Scientific and Industrial Research and as a Research Associate for CSIR and the University Grants Commission before he joined AMU as an Assistant Professor. In his 30 years of teaching experience at the university level, he has guided 8 Ph.D., 2 M.Phil., and 27 M.Sc. students. For the convenience of his students, he has also developed study materials and launched more than 100 class notes and PowerPoint presentations on his website. Prof. Khan has run six research projects sponsored by national and international funding agencies and has published about 120 research papers in reputable journals and books. In his research, Prof. Khan is working to promote the productivity and active ingredients of medicinal and aromatic plants using different strategies such as the application of mineral nutrition, PGRs, and nanoparticles. Prof. Khan has contributed greatly toward the establishment of Radiation-Processed Polysaccharides (RPPs) as plant growth promoters. In collaboration with the Bhabha Atomic Research Centre, Mumbai, he is researching the appropriate doses of RPPs that would help farmers increase the productivity of medicinal and aromatic plants and their active constituents. Another field of his research is nanoparticles, some of which he has found can enhance the essential oil production of some aromatic plants. He has also filed a patent in this regard.

"This book summarises several aspects of current research into Artemisia annua, the source of a compound that has proved very effective in treating certain types of malaria. Although the various contributions are quite wide ranging, the focus tends to be on artemisinin production and the improvements in yield that are possible using modern biotechnology. [...] Artemisia annua is only one of a large number of plants used in Chinese traditional medicine that deserve to be researched in detail. This book will strengthen the case for such work." 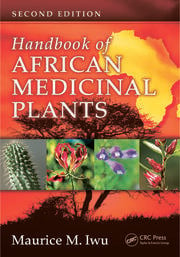 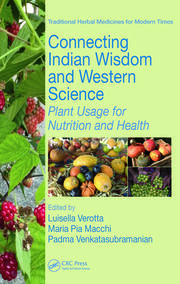 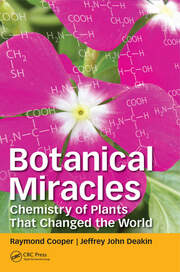