Artificial intelligence and Internet of Things (IoT) are growing rapidly in today’s business world. In today's era, 25 billion devices, including machines, sensors and cameras, are connected and continue to grow steadily. It is assumed that in 2025, 41.6 billion IoT devices will be connected, generating around 79.4 zettabytes of data.

Internet of Things is the most powerful technology that connects things together to make the world smarter. Connected devices such as sensors, mobile phones, etc. utilize every bit of data that we use in our daily life to complete the task. A huge volume of data is collected through connected devices, Artificial Intelligence algorithms can analyze this data and act accordingly to create values in our daily life. This book addresses issues related to system safety, security, reliability, and deployment strategies in healthcare, military, transport, energy, infrastructure, smart cities, smart home, etc.

Dr. Anil Kumar Sagar is currently working as a Professor in the Department of Computer Science and Engineering, Sharda University Greater Noida, India. He did his B. E. and M. Tech, Ph.D. in Computer Science.  Before joining Sharda University, he has worked as a Professor, at the School of Computing Science and Engineering, Galgotias University, India. His current research interest includes Mobile Ad hoc Networks and Vehicular Ad hoc Networks, IoT, Artificial Intelligence. He has published numerous papers in international journals and conferences including IEEE and Springer. He has received a Young Scientist Award for the year 2018–19 from the Computer Society of India, the Best Faculty Award for the years 2006 and 2007 from SGI, Agra.

Dr. Parma Nand has received his PhD. in Computer Science & Engineering from IIT Roorkee, M.Tech & B.Tech in Computer Science & Engineering from IIT Delhi. Prof Parma Nand is having more than 27 years of experience both in industry and academia. He had received various awards like the best teacher award from Union Minister, best students project guide award from Microsoft in 2015, and best faculty award from cognizant in 2016. He had successfully completed government-funded projects and spearheaded the last five IEEE International conferences on Computing, Communication & Automation (ICCCA), IEEE students chapters, Technovation Hackathon 2019, Technovation Hackathon 2020, International Conference on Computing, Communication, and Intelligent Systems (ICCCIS-2021).
He is a member of Executive Council of IEEE UP section (R-10), member Executive Committee IEEE Computer and Signal Processing Society, member Exec. India council Computer Society, member Executive Council Computer Society of India, Noida section and has acted as an observer in many IEEE conferences. He is also having active memberships of ACM, IEEE, CSI, ACEEE, ISOC, IAENG, and IASCIT. He is life time member of Soft Computing Research Society (SCRS) and ISTE.

Dr. Sanjoy Das is working as a Professor and Head, Department of Computer Science, Indira Gandhi National Tribal University (A Central Government University), Amarkantak, M.P. (Regional Campus Manipur)- India. He did his B. E. and M. Tech, PhD in Computer Science. He did his PhD from Jawaharlal Nehru University, New Delhi. Before joining IGNTU he has worked as Associate Professor, School of Computing Science and Engineering, Galgotias University, India . He also worked as Assistant Professor G. B. Pant Engineering College (A Govt. Institute), Uttarakhand, and Assam University (Central University), Silchar. He has 16+ Year experience in Teaching and Research. He has organized many International Conferences as well as attended as Session Chair.  He has published 70+ research papers in SCI, Scopus indexed, referred international journals and conferences, including publishers IEEE, Inderscience, Elsevier and Springer. He has been the editor of five books on Cloud Computing, Vehicular Ad hoc Networks,etc. His current research interest includes Mobile Ad hoc Networks and Vehicular Ad hoc Networks, Distributed Systems, and Data Mining.

Dr. Neetesh Kumar received his M. Tech and Ph.D. degrees from the School of Computer and Systems Sciences, Jawaharlal Nehru University, New Delhi. He has qualified GATE, NET+JRF. He has got Travel Grant Awarded from IEEE IPDPS International Society and Special Mention Awarded Xerox Research Centre Bangalore. He has worked as an assistant professor in Shri Mata Vaishno Devi University (SMVDU), Katra, Jammu & Kashmir India. He has also been appointed as a Faculty Incharge of Computer Network Center at SMVDU. Later, he has worked as an assistant professor in Delhi Technological University (DTU), Delhi. He has also been a Faculty Member with the Atal Bihari Vajpayee- Indian Institute of Information Technology and Management (IIIT) Gwalior, India. Currently, He is working as a Faculty member at IIT-Roorkee, India. He has published many research publications in world’s top tier publishers like IEEE journals and transactions, Elsevier journals (including Future Generation Computer System (FGCS), Information Sciences etc.) and Springer Journals (Soft Computing, Computing etc.) etc. One of his articles published in IEEE sensors journal has been notified by IEEE council in the list of world’s top 15 most downloaded articles in the month of Oct-Nov 2018. He is a regular reviewer of highly reputed journals like, IEEE Transactions on Parallel and Distributed Systems, IEEE journal of Internet of things, FGCS etc. He is also acting as a lead PI for three sponsored projects from DST/CSIR agencies, Government of India. He has been a technical program committee member in several conferences. He has also been invited as a keynote speaker in the conference held at Amity Gwalior, and Conference Chair at IEEE CICT-2019 at IIIT Allahabad. Broadly, His research interests include Algorithm Design, Scheduling in Parallel Computing Systems (Multi-core/Many-core Systems), Applied Evolutionary Computing and Intelligent Transportation Systems.

Dr. Subrata Sahana is working as an Associate Professor in the Department of CSE at Sharda University, Greater Noida, U.P. He received Ph.D. in Computer Science from the JNU, New Delhi (Central University), India (NIRF Ranking-2020: 02), and M.Tech in Computer Science and Engineering form BIT, Mesra in 2010 (NIRF Ranking-2020 under 100) and B.Tech in Computer Science & Engineering from CEMK, Kolaghat affiliated from West Bengal University of Technology in 2007. He joined Sharda University as Assistant Professor in Aug. 2019 and promoted as Associate Professor on Jan. 2021. Prior to this, He was associated with Galgotias University as Assistant Professor from 2012-2019, V.I.T. University, Vellore as Assistant Professor from 2010-2012 and RVSCET, Jamshedpur as lecturer from 2007-08. He has rich experience in publication in many international journals and conferences with high repute. He is also serving many reputed journals as editorial board member, reviewer board member.Moreover, Dr. Sahana has also delivered the expert talk, guest lecturers in International Conference and serving as the reviewer for Journals of IEEE, Springer, IGI Global etc. His research area is Underwater Wireless Sensor Networks, Pattern Matching, Bio-informatics, IoT, Security, and Cryptography, etc. 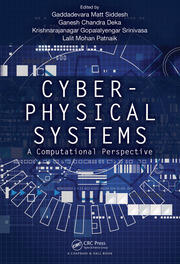 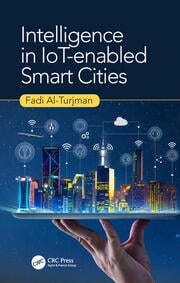 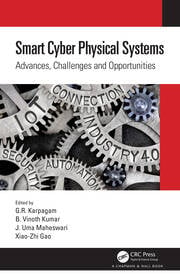