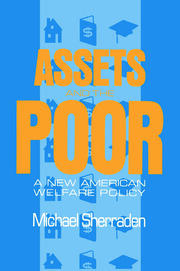 This work proposes a new approach to welfare: a social policy that goes beyond simple income maintenance to foster individual initiative and self-sufficiency. It argues for an asset-based policy that would create a system of saving incentives through individual development accounts (IDAs) for specific purposes, such as college education, homeownership, self-employment and retirement security. In this way, low-income Americans could gain the same opportunities that middle- and upper-income citizens have to plan ahead, set aside savings and invest in a more secure future.

As revolution swept over Russia and empires collapsed in the final days of World War I, Azerbaijan and neighbouring Georgia and Armenia proclaimed their independence in May 1918. During the ensuing two years of civil war, military endgames, and treaty negotiations, the diplomatic representatives of Azerbaijan struggled to gain international recognition and favourable resolution of territorial disputes. This brief but eventful episode came to an end when the Red Army entered Baku in late April 1920.

Drawing on contemporary records, memoirs, and scholarship in many languages, the accomplished historian Jamil Hasanli has produced a comprehensive and meticulously documented account of this little-known period