Assisted Eco-Driving: A Practical Guide to the Design and Testing of an Eco-Driving Assistance System (EDAS)

This book discusses an integrative approach combining Human Factors expertise with Automotive Engineering. It develops an in-depth case study of designing a fuel-efficient driving intervention and offers an examination of an innovative study of feed-forward eco-driving advice.

Assisted Eco-Driving: A Practical Guide to the Design and Testing of an Eco-Driving Assistance System

offers an examination of an innovative study of feed-forward eco-driving advice based on current vehicle and road environment status. It presents lessons, insights and utilises a documented scientific and research-led approach to designing novel speed advisory and fuel use minimisation systems suitable for combustion vehicles, hybrids and electric vehicles

The audience consists of system designers and those working with interfaces and interactions, UX, human factors and ergonomics and system engineering. Automotive academics, researchers, and practitioners will also find this book of interest.

Chapter 8: Assessment of a visual interface to reduce fuel use

Chapter 11: Designing for eco-driving: Guidelines for a more fuel-efficient vehicle and driver

Dr. James M. Fleming earned the MEng and DPhil degrees in Engineering Science from the University of Oxford in 2012 and 2016 respectively, following which he spent three years as a Research Fellow at the University of Southampton before joining the Wolfson School of Mechanical, Electrical and Manufacturing Engineering at Loughborough University in September 2019. He has research interests in the theory and practice of optimal control and model predictive control, with applications to fuel- and energy- efficient driving, motorcycle stability and renewable energy.

Professor Neville A. Stanton PhD, DSc, is a Chartered Psychologist, Chartered Ergonomist and Chartered Engineer. He holds the chair in Human Factors Engineering in the Faculty of Engineering and the Environment at the University of Southampton in the UK. He has degrees in Occupational Psychology, Applied Psychology and Human Factors Engineering and has worked at the Universities of Aston, Brunel, Cornell and MIT. His research interests include modelling, predicting, analysing and evaluating human performance in systems as well as designing the interfaces and interaction between humans and technology. 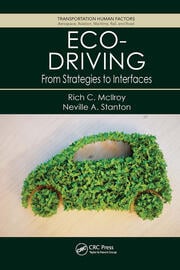 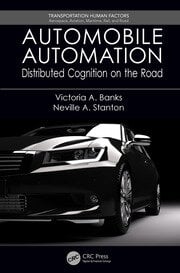 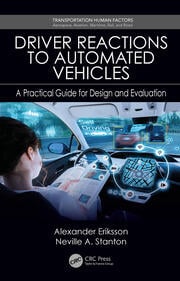