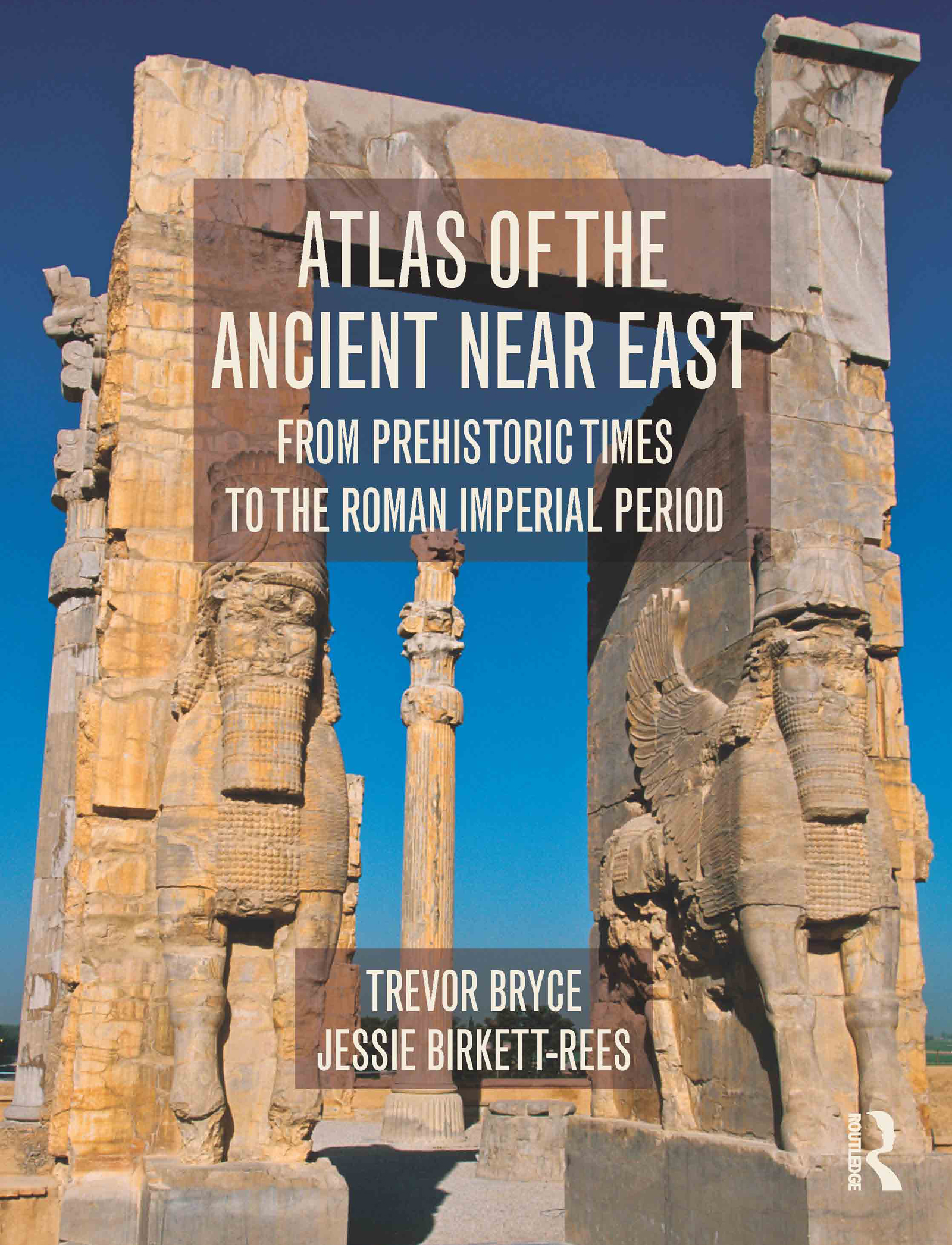 Atlas of the Ancient Near East

From Prehistoric Times to the Roman Imperial Period, 1st Edition

This atlas provides students and scholars with a broad range of information on the development of the Ancient Near East from prehistoric times through the beginning of written records in the Near East (c. 3000 BC) to the late Roman Empire and the rise of Islam. The geographical coverage of the Atlas extends from the Aegean coast of Anatolia in the west through Iran and Afghanistan to the east, and from the Black and Caspian Seas in the north to Arabia and the Persian Gulf and Indian Ocean in the south.

The Atlas of the Ancient Near East includes a wide-ranging overview of the civilizations and kingdoms discussed, written in a lively and engaging style, which considers not only political and military issues but also introduces the reader to social and cultural topics such as trade, religion, how people were educated and entertained, and much more. With a comprehensive series of detailed maps, supported by the authors’ commentary and illustrations of major sites and key artifacts, this title is an invaluable resource for students who wish to understand the fascinating cultures of the Ancient Near East.

“Scholar or not, if you have a yearning for visuals of the epic story of the cradle of civilisation, this is an essential for your bookshelf…I will be making a lot of use of this Atlas in my own writings, as a reference or memory jogger, but I must say that it has provided an entertaining visual romp through the story of this remarkable region.” - Alistair Forrest, United Nations of Roma Victrix

"…This is an excellent historical atlas of the Ancient Near East by two Antipodean scholars… While clearly aimed at students, it will be very useful for scholars as a handy summary of areas beyond their immediate expertise… The volume is well produced throughout, and concludes helpfully with timeline, bibliography, gazetteer and index." - Philip S, Johnston, SOTS Book List 2017

PART I: THE PREHISTORIC NEAR EAST

PART VII: THE GREEKS IN THE EAST

PART VIII: OTHER NEAR EASTERN PEOPLES AND KINGDOMS OF THE 1ST MILLENNIUM BC

PART X: THE NEAR EAST IN THE ROMAN PERIOD

Trevor Bryce is Emeritus Professor of Classics and Ancient History at the University of New England, Australia.