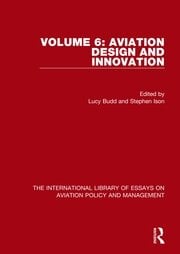 In order to facilitate the safe, efficient and cost effective exchange of passengers and cargo between ground and sky airports require the provision of adequate runways, aircraft manoeuvring areas, cargo sheds and passenger processing facilities. Airports are capital intensive facilities and planning errors which result in the over or under-provision of capacity are both costly and problematic to rectify and so understanding the optimal configuration of passenger terminals is paramount.

Of course, the design of passenger terminal buildings is influenced not only by levels of demand, the commercial requirements of airlines and tenant companies, the availability of investment funds and political influence but also by the aircraft that will be using the facility both now and in the future. Indeed, the introduction of the first generation of passenger jets in the 1950s and higher-capacity wide-bodied aircraft in the late 1960s required not only the expansion of gate areas and passenger processing facilities but also the introduction of new technologies such as the travelator, the baggage reclaim carousel and the airbridge. The introduction of the A380 ‘Super Jumbo’ into revenue passenger service in 2007 similarly demanded a reconfiguration of the airports it serves and practitioners need to be cognisant of the options for accommodating a new generation of large aircraft.

While large aircraft generally require a lengthy turn around period between flights and the extensive provision of expensive fixed ground support infrastructure, low cost carriers pursue a business model based on very short turnarounds and minimal use of airport infrastructure assets such as airbridges. One of the main challenges facing airport operators is how to accommodate the diverse and dynamic requirements of different operators and these issues are addressed in this Volume.

Traditionally, aircraft were made and manufactured by small companies within one country but as costs have increased and technology has become more sophisticated, a relatively small number of manufacturers, which are supported by international supply chains, have come to dominate the commercial aircraft market.

Originally, all aviation jet fuels were derived from crude oil. However, concerns about future oil supply and energy security combined with the need to improve aviation’s environmental performance and sustainability has driven the development of alternative fuel sources. However, the development and adoption of alternative aviation fuels is not straightforward and the Volume examines the opportunities and challenges of widespread biofuel adoption in terms of production capacity, emissions reductions, cost and commercial viability.

The final essays in this Volume address business model innovation in the airline and airport sector and include considerations of the future evolution of low cost carriers, the potential for airline-airport alliances and the development of multi-airport multinational operating companies.

Part I Airport Design and Sustainability