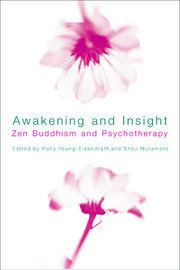 Buddhism first came to the West many centuries ago through the Greeks, who also influenced some of the culture and practices of Indian Buddhism. As Buddhism has spread beyond India, it has always been affected by the indigenous traditions of its new homes. When Buddhism appeared in America and Europe in the 1950s and 1960s, it encountered contemporary psychology and psychotherapy, rather than religious traditions. Since the 1990s, many efforts have been made by Westerners to analyze and integrate the similarities and differences between Buddhism and it therapeutic ancestors, particularly Jungian psychology.

Taking Japanese Zen-Buddhism as its starting point, this volume is a collection of critiques, commentaries, and histories about a particular meeting of Buddhism and psychology. It is based on the Zen Buddhism and Psychotherapy conference that took place in Kyoto, Japan, in 1999, expanded by additional papers, and includes:

It also features a new translation of the conversation between Schin'ichi Hisamatsu and Carl Jung which took place in 1958.

Awakening and Insight expresses a meeting of minds, Japanese and Western, in a way that opens new questions about and sheds new light on our subjective lives. It will be of great interest to students, scholars and practitioners of psychotherapy, psychoanalysis, and analytical psychology, as well as anyone involved in Zen Buddhism.