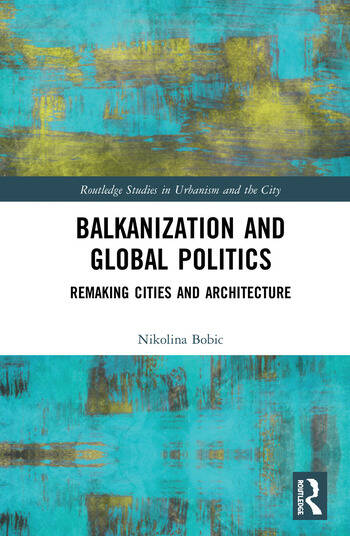 Balkanization (territorial fragmentation) is becoming a significant urban and geopolitical pursuit in contemporary times. Countries, cities and regions are ever increasingly voicing the desire for independence and balkanization from the nation or union they are a part of. This monograph generally maps the historical and theoretical emergence of balkanization, as well its more recent spread into fields as far ranging as law, medicine, data and security studies, sociology, architecture and the urban. The spatialization of balkanization is particularly addressed in terms of destruction and renewal through a detailed sociopolitical interrogation of architecture and the urban, including their changing symbolic, ideological and functional forms.

The spatial connections between balkanization, violent remaking (destruction and renewal) and global politics have predominantly been analyzed via the former Yugoslav context and the Balkans, however, spotlight has also been directed to the current political climate of the UK, Australia and the Anglo-Saxon geopolitics. The analysis helps in understanding broader emergent patterns of sociospatial polarization across various scales, and in respect to global geoeconomic and geopolitical restructuring. This is particularly important because drawing connections between balkanization, economics, law, media and technology is to gain an awareness of - and engagement with - the emerging implications of spatial remaking and global politics.

This monograph is a valuable resource and will be relevant to academics and students interested in spatial politics; including architecture, urbanism, geography, sociology, politics, international development, conflict, and cultural studies.

Nikolina Bobic is an international scholar, and an architect. Nikolina's research delves into the historical dimensions and theoretical concepts to do with spatial violence, balkanization, borders and territories, and conflict/post-conflict - how these notions manifest at the complex intersection of architecture, urbanism, military, media, economics, technology, literature and film. 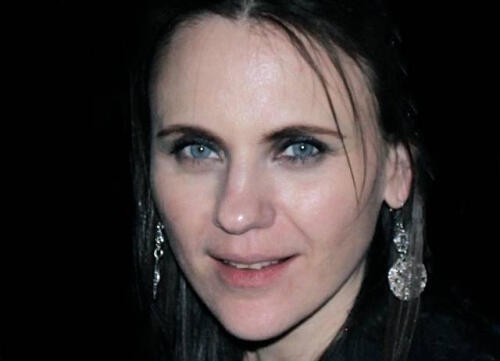 "Dissecting the territorial disintegration experienced in Yugoslavia, Nikolina Bobic demonstrates the ways that the militaristic and financial strategies of global capitalism at times intersect with architecture, infrastructure, and urban ideologies. Contemporary balkanization is presented as part of the process of de-and reconstruction of subjectivity attuned with the spectacle of global media, at the expense of manifold layers of historical memories of a place. A timely excursion into the conceptual terrains of balkanization which has achieved a new currency under the rubric of Brexit and the nationalism permeating current Anglo-Saxon geopolitics." — Gevork Hartoonian, Professor of the History and Theory of Architecture, University of Canberra, Australia

"Balkanization and Global Politics is a powerful inquiry into the way global politics are enacted spatially through architecture and urban design. It is also a detailed investigation of the fate of the states in years of bloodshed that followed the break-up of the former Yugoslavia and the high price in loss of freedom they paid in the name of stability. Far from a localized history, this book argues that what happened in the Balkans – which we know today by the word Balkanization – could happen anywhere." — Ian Buchanan, Professor of Cultural Studies, University of Wollongong, Australia

"A timely, well-researched and well-crafted book that not only analyses the concepts of 'Balkanism' and 'Balkanisation' but provides a detailed overview of the disintegration of the Yugoslav state from an architectural and urban perspective. Emphasising that urbanism and architecture cannot be dislocated from social history and politics, Nikolina Bobic draws upon extensive research and relevant case studies in Serbia, Croatia and Bosnia & Herzegovina to underpin a powerful and compelling narrative. The book will be vital reading for scholars and students of modern Southeast European history, urbanism and architecture, spatial violence and spatial remaking. It is, moreover, equally vital for those seeking to understand the contemporary rise of nationalism, populism and broader historical and evolving geopolitical trends." — Kenneth Morrison, Professor of Modern Southeast European History, De Montfort University, United Kingdom

"A fascinating and original discussion which encompasses both architecture and urbanism in the Balkans, alongside an important interrogation of geopolitical processes of balkanization." — Anna Minton, Reader in Architecture, UEL, author of Big Capital: Who is London for?, United Kingdom

"Over the last three decades, the Serbian Left has had to develop a complex position and narrative that counters dominant Serb as well as Croat, Bosniac and Kosovar nationalism, opposes NATO’s 1999 bombing of Belgrade, and reflects its own historic critique of Titoism. Balkanization and Global Politics reflects this testing context. It is an ambitious journey through the politics of Yugoslavia and its posthumous republics and their spatial, urban and architectural consequences. Its provocative, poignant critique of the West challenges our understandings of the conflict and its spatial repercussions, forcing readers to rethink and reconsider their own positions." — Tahl Kaminer, Reader, Welsh School of Architecture, Cardiff University, United Kingdom