Basic Analysis V: Functional Analysis and Topology introduces graduate students in science with concepts from topology and functional analysis, both linear and nonlinear. It is the fifth book in a series designed to train interested readers how to think properly using mathematical abstractions, and how to use the tools of mathematical analysis in applications.

It is important to realize that the most difficult part of applying mathematical reasoning to a new problem domain is choosing the underlying mathematical framework to use on the problem. Once that choice is made, we have many tools we can use to solve the problem. However, a different choice would open up avenues of analysis from a different, perhaps more productive perspective.

In this volume, the nature of these critical choices is discussed using applications involving the immune system and cognition.

James K. Peterson is an Emeritus Professor at the School of Mathematical and Statistical Sciences, Clemson University.

He tries hard to build interesting models of complex phenomena using a blend of mathematics, computation and science. To this end, he has written four books on how to teach such things to biologists and cognitive scientists. These books grew out of his Calculus for Biologists courses offered to the biology majors from 2007 to 2015.

He has taught the analysis courses since he started teaching both at Clemson and at his previous post at Michigan Technological University.

In between, he spent time as a senior engineer in various aerospace firms and even did a short stint in a software development company. The problems he was exposed to were very hard and not amenable to solution using just one approach. Using tools from many branches of mathematics, from many types of computational languages and from first principles analysis of natural phenomena was absolutely essential to make progress.

In both mathematical and applied areas, students often need to use advanced mathematics tools they have not learned properly. So, he has recently written a series of five books on mathematical analysis to help researchers with the problem of learning new things after they have earned their degrees and are practicing scientists. Along the way, he has also written papers in immunology, cognitive science and neural network technology in addition to having grants from NSF, NASA and the Army.

He also likes to paint, build furniture and write stories.

"Mathematics is fortunate to be populated by bright practitioners. Nonetheless, amongst these we are fortunate to have rare individuals who are wise. Professor Peterson is a member of this distinguished group. His works clearly demonstrate the importance of a long career of research and teaching where he combines the two perspectives of: (1) clearly understanding the needs of diverse readers for clear exposition that scaffolds their exposure to complex material with a transparency about both where they are going and what the utility is of what they are currently reading; and, (2) the benefits of having used the mathematics under consideration in so many diverse applications. The masterly synthesis of so much complex material by a single individual is a superb achievement which will reward serious readers with insight, surprise, and breadth as well as depth."
– Professor John R. Jungck, University of Delaware

"Analysis is the bedrock of rigorous mathematical thinking and abstraction. Prof. Peterson's book does a fascinating job by taking a critical approach - highly recommended."

"Dr. Peterson's thoughtful and detailed explanations reflect his insights to a very fundamental but complex subject in Mathematics. The treatment in the book does justice to recent trends in Mathematical Analysis while staying true to the classical spirit of the subject. A thoroughly enjoyable read." 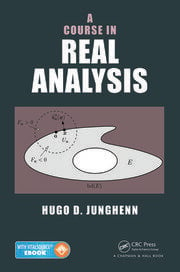 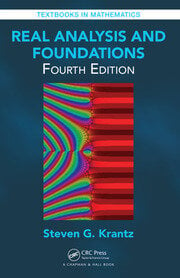 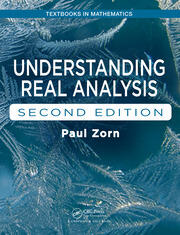