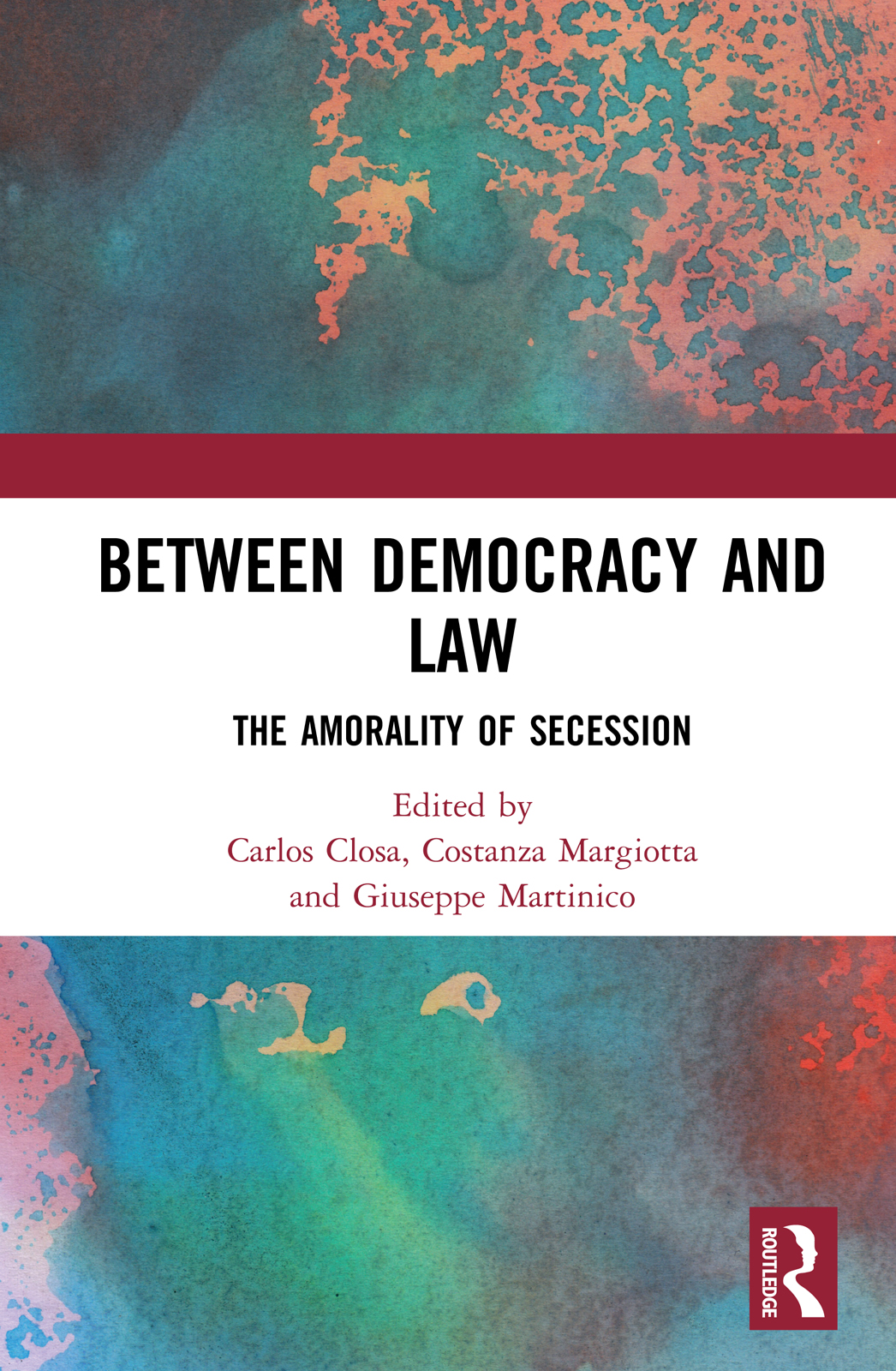 Between Democracy and Law

The Amorality of Secession, 1st Edition

This volume purports to explore the legal and political issues triggered by the new wave of secessionism. More specifically, those issues concern the interplay between notions of democracy (and democratic ends and means) and law (and the rule of law and constitutionalism). Against this background, the editors use amorality in order to escape the terrain of the justification of secession by making a distinction between the democratic theory of secession and the theory of democratic secession. In the first section, the theoretical nexus democracy-secession has been approached both from a legal and political theory perspective. The second section of the book examines the instruments that the theory of democratic secession invokes in order to justify secession and presents both legal and political science contributions. The third section focuses on social movements and political actors. The fourth section focuses on two case studies due to the awareness of the importance of the difference between secession in a democratic occidental context (which call into play the discussion of the democratic theories) and separations in a non-democratic context (where the nexus between secession and democracy is not really central).

2. An Update On Secession As The ‘Ultimate Right’: For A Liminal Legality Margiotta

3. Secession V Forceful Union. A Provisional Enquiry Into The Right To Decide To Secede And The Obligation To Belong Bengoextea

4. A critique of the theory of democratic secession Closa

5. Decide On What? Addressing Secessionist Claims In An Interdependent Europe Innerarity Errasti

6. Constitutionalists' Guide To The Populist Challenge: Lessons From Canada Martinico

9. The Framing Of Secessionism In The Neo-Liberal Crisis: The Scottish And Catalan Cases Della Porta O’Connor Portos

10. The Europeanization Of The Catalan Debate: A "War of Attrition"? Guidi Casula

12. An Attempt to Disentangle the Crimean Impasse Crema

, Spanish National Research Council (CSIC), Madrid and European University Institute (EUI), Florence. Professor Closa has been Jean Monnet Fellow at the European University Institute (EUI), Florence, Visiting Fellow at the Centre for European Studies, Harvard University, Visiting Professor at the College of Europe, Bruges, Emile Nöel Fellow at the Jean Monnet Centre, NYU and Visiting Professor at the University of Groningen, The Netherlands. He is Member of the Scientific Board of the Real Instituto Elcano de Estudios Internacionales y Estratégicos (RIE). He has published widely in various languages on EU citizenship, the EU constitutional structure and the relationship with the Member States.

is Associate Professor of Philosophy and Theory of Law, University of Padua, Italy. She holds a PhD in Legal Theory from the European University Institute, Florence. Her research focuses on secession in international law, European citizenship and on slavery, race and law. She has published widely on these and related areas.

, is Associate Professor of Comparative Public Law at the Scuola Superiore Sant’Anna, Pisa and Centre for Studies on Federalism, Turin, Italy. Prior to joining the Sant’Anna School of Advanced Studies he was García Pelayo Fellow at the Centro de Estudios Políticos y Constitucionales (CEPC), Madrid, and Max Weber Fellow at the European University Institute, Florence. He is also affiliated to several international research centres where he has been carrying out international projects related to comparative federalism and subnational constitutionalism, and to the constitutional dimensions of EU law and international human rights law, especially the European Convention on Human Rights. He has published widely on these and related areas.