Beyond Balkanism
The Scholarly Politics of Region Making 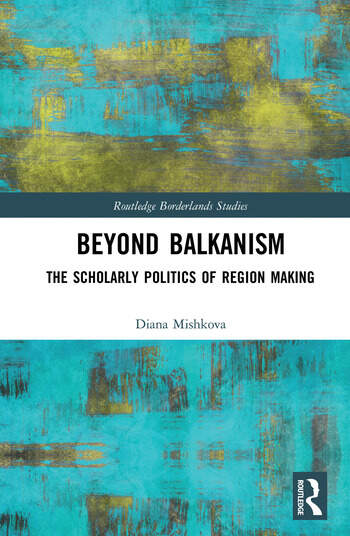 Beyond Balkanism: The Scholarly Politics of Region Making

In recent years, western discourse about the Balkans, or “balkanism,” has risen in prominence. Characteristically, this strand of research sidelines the academic input in the production of western representations and Balkan self-understanding. Looking at the Balkans from the vantage point of “balkanism” has therefore contributed to its further marginalization as an object of research and the evisceration of its agency. This book reverses the perspective and looks at the Balkans primarily inside-out, from within the Balkans towards its “self” and the outside world, where the west is important but not the sole referent.

The book unravels attempts at regional identity-building and construction of regional discourses across various generations and academic subcultures, with the aim of reconstructing the conceptualizations of the Balkans that have emerged from academically embedded discursive practices and political usages. It thus seeks to reinstate the subjectivity of “the Balkans” and the responsibility of the Balkan intellectual elites for the concept and the images it conveys. The book then looks beyond the Balkans, inviting us to rethink the relationship between national and transnational (self-)representation and the communication between local and exogenous – Western, Central and Eastern European – concepts and definitions more generally. It thus contributes to the ongoing debates related to the creation of space and historical regions, which feed into rethinking the premises of the “new area studies.” Beyond Balkanism: The Scholarly Politics of Region Making will interest researchers and students of transnationalism, politics, historical geography, border and area studies.

1. A Concept with Many Names

2. The Emergence of the Balkans as a Cultural-Historical Space

4. The Balkans on the European Map

6. In the orbit of Eastern Europe

7. A Sonderweg or a Metaphor?

Diana Mishkova is Professor of History and Director of the Centre for Advanced Study, Sofia, Bulgaria.

"This long-awaited book is a ground-breaking contribution to Balkan studies and to imagology in general. It constitutes a milestone in the debate on the construction of historical regions and opens a new horizon of interpretation by radically changing the perspective: it focusses on intraregional scholarly concepts of the Balkans, a region constructed by Serbian, Romanian, Bulgarian, Albanian and Greek researchers and research institutions. It elucidates Central and Eastern European scholarship on the region that has achieved, since the second half of the 19th century, important results in fields such as history, philology, linguistics, archaeology and anthropology, and that differs considerably from more politicised and prejudice-ridden discourses in the Anglo-American world… Far from being just a negative prejudice of Western travelogues and journalists, the Balkans emerge [here] as a highly complex cultural construction. Diana Mishkova´s book will thus change our understanding of a crucial debate in cultural studies." -- Oliver Jens Schmitt, Professor of Southeast European History, University of Vienna, and Head of the Department of Balkan Studies, Austrian Academy of Sciences, Austria

"The Balkans are crucial for an understanding of Europe’s 20th century: at the beginning and at the end, the Balkans loom large in European history and provide key caesuras. Anyone wanting to understand ‘Balkanism’ and its manifold meanings over time, and anyone wishing to obtain a deeper understanding of how this region of Europe has been ‘ticking’, will have to read Diana Mishkova’s entirely thrilling and path-breaking new book." --

"Heeding Todorova's call to attend to the Balkans as ‘self-designation’, Beyond Balkanism considers the Balkan idea from the ‘inside-out’. Focusing on the Balkans as a project of regional identity formation, Mishkova breaks new ground in her recuperation of intra-regional dynamics and local regionalizations. Restoring agency to elites (both scholars and politicians) within the region, Beyond Balkanism makes a timely and much needed contribution to the literatures on European symbolic geography." --

"Bringing together two decades of her research on the intellectual history of the Balkan idea, Diana Mishkova’s book not only constitutes the most thorough recent synthesis but also situates the question brilliantly in a broader comparative context. Essential reading for all those interested in the history of regional concepts in modern Europe." --

"Diana Mishkova turns Maria Todorova’s perspective—from the outside on the Balkans—around and looks from the Balkans (a) on the outside world and (b) on the Balkans [themselves]. In methodological terms, the book makes use of a vast array of both scholarly and non-scholarly publications by foreigners on the Balkans and by authors from the region on their own part of the world. That is a highly innovative approach and as such a substantial progress." --

Extract from review in Apostrof

"This work is not only an extensive historiographical study, but also an impressive imagological survey focused both on the Balkans and South-East European studies in the last two centuries. Diana Mishkova’s book sheds a light on the relationship between regionalist frameworks of interpretation and the "national sciences", and [it] establishes the extent to which regional approaches in the humanities and social sciences have posed a challenge to nation-centered scholarship and presented an alternative to methodological nationalism." -- Cristian Vasile, Research Fellow, "N. Iorga" Institute of History, Romanian Academy