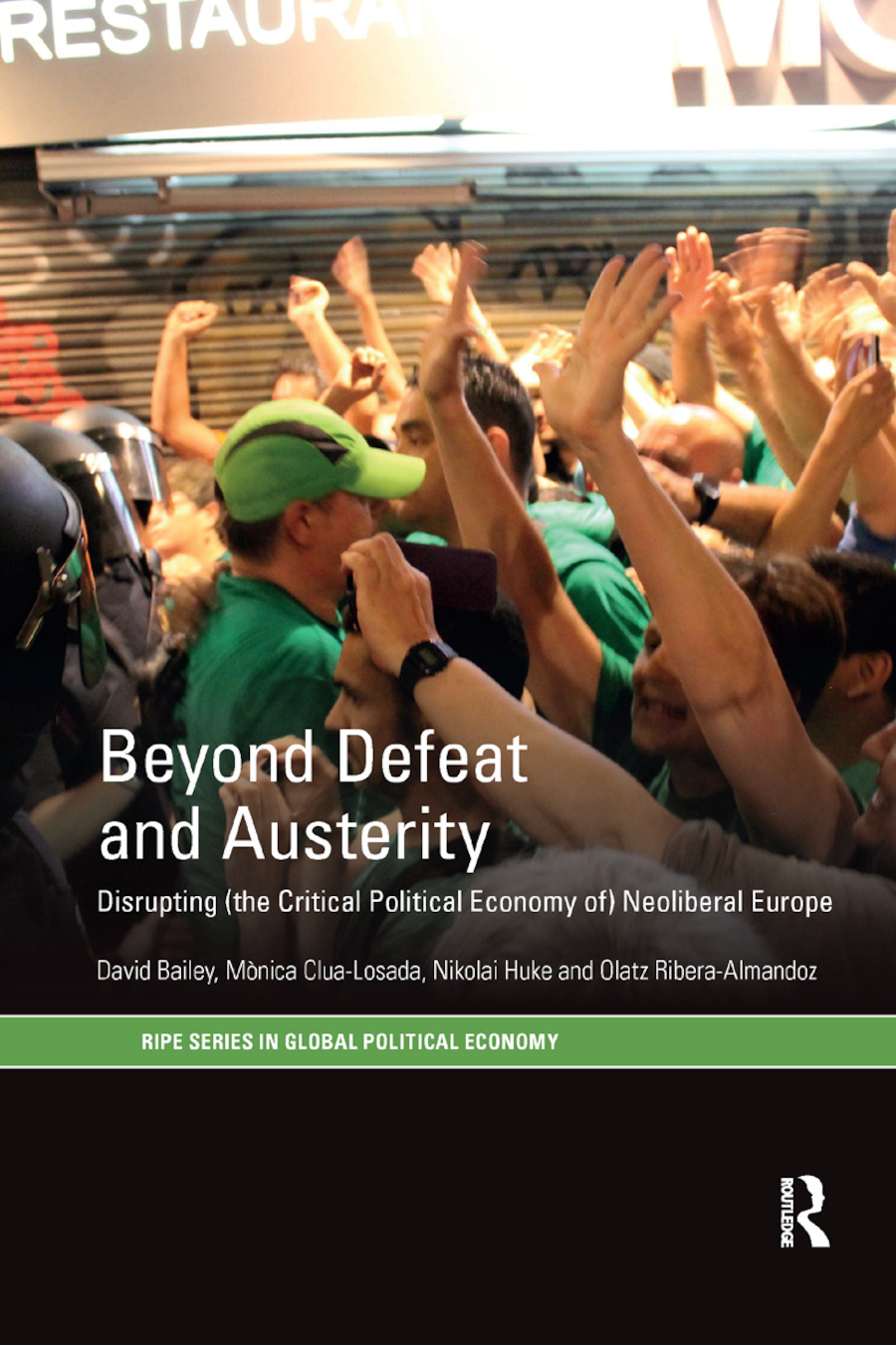 Beyond Defeat and Austerity

Much of the critical discussion of the European political economy and the Eurozone crisis has focused upon a sense that solidaristic achievements built up during the post-war period are being continuously unravelled. Whilst there are many reasons to lament the trajectory of change within Europe’s political economy, there are also important developments, trends and processes which have acted to obstruct, hinder and present alternatives to this perceived trajectory of declining social solidarity. These alternatives have tended to be obscured from view, in part as a result of the conceptual approaches adopted within the literature.

Drawing from examples across the EU, this book presents an alternative narrative and explanation for the development of Europe’s political economy and crisis, emphasising the agency of what are typically considered subordinate (and passive) actors. By highlighting patterns of resistance, disobedience and disruption it makes a significant contribution to a literature that has otherwise been more concerned to understand patterns of heightened domination, exploitation, inequality and neoliberal consolidation. It will be of interest to students and scholars alike.

David Bailey is a Senior Lecturer in Politics in the Department of Political Science and International Studies, University of Birmingham. He is the author of The Political Economy of European Social Democracy: A Critical Realist Approach (Routledge) and co-editor of European Social Democracy During the Global Economic Crisis: Renovation or Resignation? (Manchester University Press). He recently co-edited a special issue of Comparative European Politics, on contention in the age of austerity in Europe.

Mònica Clua-Losada is Associate Professor in Global Political Economy at the Department of Political Science at the University of Texas Rio Grande Valley. She is also an executive board member of the Johns Hopkins University- Universitat Pompeu Fabra Public Policy Center in Barcelona. Her research focuses on the contestation, subversion and resistance by labour and other social movements of capitalist relations of domination. She has written and researched on the effects of the current financial crisis on the Spanish state, the British labour movement and social movements in Spain. Her work has been published in different languages and outlets.

Olatz Ribera-Almandoz is a PhD candidate at the Department of Political and Social Sciences at Universitat Pompeu Fabra, Barcelona. She is also a visiting PhD student at th