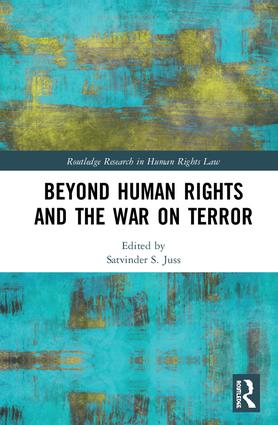 Beyond Human Rights and the War on Terror

This edited collection provides a comprehensive, insightful, and detailed study of a vital area of public policy debate as it is currently occurring in countries across the world from India to South Africa and the United Kingdom to Australia. Bringing together academics and experts from a variety of jurisdictions, it reflects upon the impact on human rights of the application of more than a decade of the "War on Terror" as enunciated soon after 9/11.

The volume identifies and critically examines the principal and enduring resonances of the concept of the "War on Terror". The examination covers not only the obvious impacts but also the more insidious and enduring changes within domestic laws. The rationale for this collection is therefore not just to plot how the "War on Terror" has operated within the folds of the cloak of liberal democracy, but how they render that cloak ragged, especially in the sight of those sections of society who pay the heaviest price in terms of their human rights.

This book engages with the public policy strand of the last decade that has arguably most shaped perceptions of human rights and engendered debates about their worth and meaning. It will be of interest to researchers, academics, practitioners, and students in the fields of human rights law, criminal justice, criminology, politics, and international studies.

Chapter Five: The Criminal Law Implications of the 'War on Terror' and the Status of Foreign Fighters' - A Swiss Perspective - Roberta Arnold

Chapter Six: Disrupting Terrorist Activity: What are the limits to criminal methods of disruption? - Stuart Macdonald and Lord Carlile

Satvinder Singh Juss, PhD (Cantab), FRSA, is a Professor of Law at King's College London, a Barrister-at-Law practising from 3 Hare Court, Temple, London, and a Deputy Judge of the Upper Tribunal (IAC) in London and Birmingham, UK. He is a former Human Rights Fellow at Harvard Law School, Boston, USA.