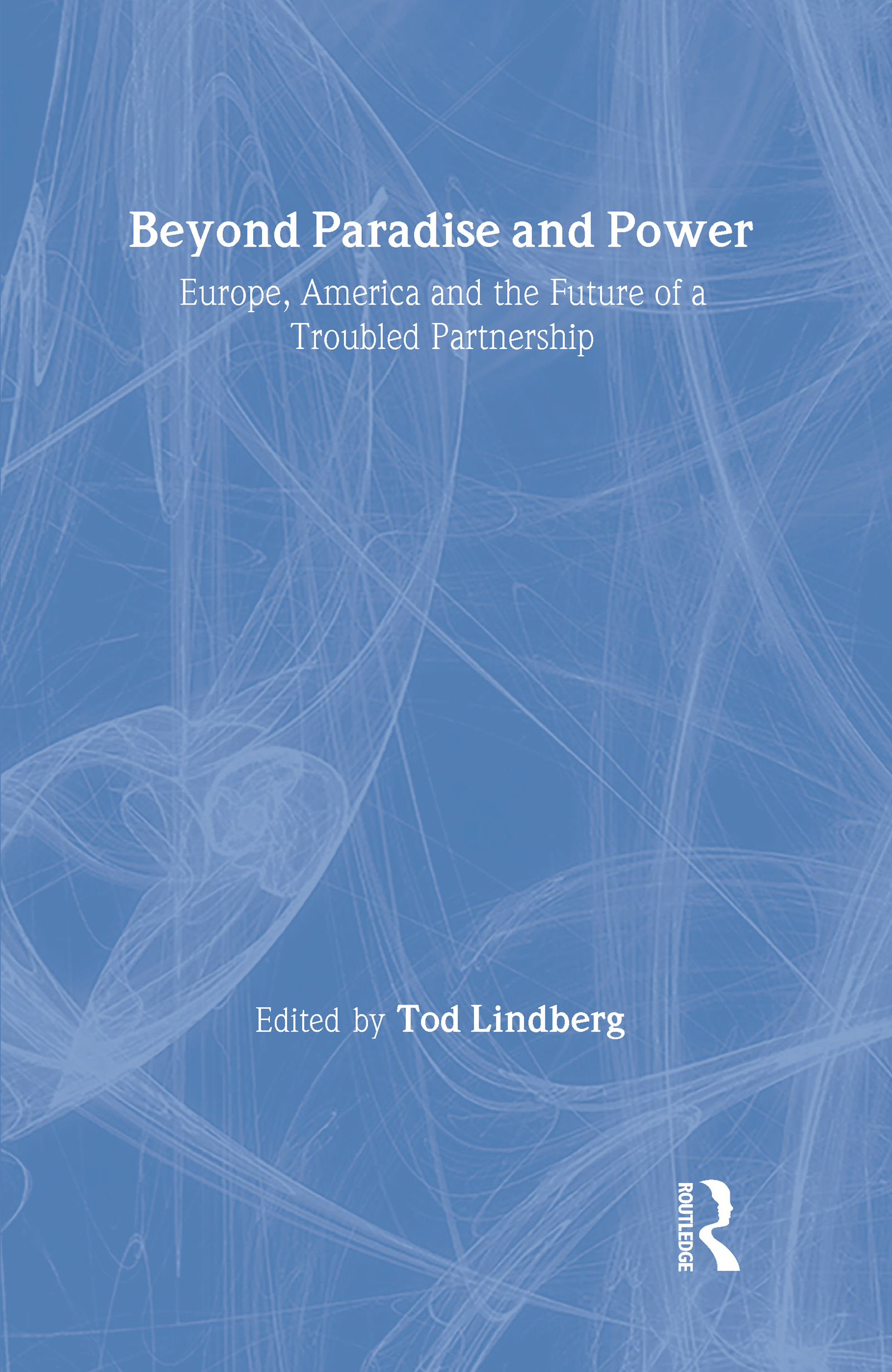 Beyond Paradise and Power

Europe, America, and the Future of a Troubled Partnership, 1st Edition

"Americans are from Mars and Europeans are from Venus," wrote foreign policy guru Robert Kagan famously in his book Of Paradise and Power, which became an instant New York Times bestseller last year. Taking Kagan one step further, prominent foreign policy specialists - such as Walter Russell Mead, Timothy Garton Ash, and Francis Fukuyama - here provide multiple perspectives on the state of the transatlantic relationship after the war.

"The 12 voices Mr. Lindberg presents give 12 different answers pointing in even more directions. Mr. Lindberg's aim was to provoke, not to draw fast conclusions, and so Beyond Paradise and Power serves as a sampler of a range of opinion, all of it pro-Atlanticist and pro-cooperation but none of it bland or unimaginative." -- The Washington Times

Tod Lindberg is editor of Policy Review and a research fellow at the Hoover Institution, Stanford University. He writes a weekly column on politics for the Washington Times, and his writing has also appeared in Commentary, The Wall Street Journal, the Los Angeles Times, and USA Today.