This comprehensive reference text discusses big data theory modeling and simulation for smart cities and examines case studies in a single volume. The text discusses how to develop a smart city and state of art including system design, system verification, real-time control and adaptation, internet of things, and testbeds. It covers applications of smart cities as they relate to smart transportation/connected vehicle (CV) and intelligent transportation systems (ITS) for improved mobility, safety, and environmental protection.

Chapter 10.Big data and its application in smart education during COVID-19 pandemic situation

is working as an Associate Professor, Aditya Institute of Technology and Management (AITAM),(An Autonomous Institution) Tekkali, K Kotturu, AP- 532201, India. He has published more than 120 research papers in various reputed peer reviewed Referred Journals, International Conferences and Book Chapters. Being two times Gold Medallist in Computer Science in his career, he has been awarded with INSPIRE Research Fellowship from Department of Science & Technology, Govt. of India (both as JRF and SRF level) and Best researcher award from Jawaharlal Nehru University of Technology, Kakinada, Andhra Pradesh for the AY: 2018-19 and many more awards to his credit.  He has Edited 12 Books and 8 Special Issues in various topics including Data Science, Machine Learning, and Soft Computing with reputed International Publishers like Springer, Elsevier, Inderscience etc. His area of interest includes data mining, nature inspired algorithms and soft computing.

was born in India, A.P, in 1981. He received the B.Sc, M.Sc, MBA, M.Tech degrees from Nagarjuna University, A.P, India in 2001, 2003, 2007, and 2009 respectively. He got his Ph.D in the field of antennas from K L University. Currently he is working as Professor and Associate Dean at KLU. He has published more than 486 papers in International, National journals and Conferences. Scopus and SCI publications of 321 with H-Index of 31 and total citations are more than 3207. Reviewer for several international journals including IEEE, Elsevier, Springer, Wiley and Taylor and Francis and served as reviewer for several international conferences. Research interests include antennas, liquid crystals applications and wireless communications. Member of IEEE and life member of ISTE, IACSIT, IRACST, IAENG, UACEE and fellow of IAEME. Received several awards like Indian book of records, Asian Book of Records, Outstanding reviewer from Elsevier, best researcher, and distinguished researcher from K L University. Received best teacher award from KLU for 2011, 2012, 2013, 2014, 2015, 2016, 2017, 2018 and 2019. Editorial board member for 36 journals. Authored 15 books and 10 patents. He guided 3 Ph.D scholars for award, 3 PhD Scholars submitted thesis and 6 scholars pursuing PhD.

is currently Full Professor in the Department of Automatics and Applied Software at the Faculty of Engineering, "Aurel Vlaicu" University of Arad, Romania. She holds a Ph.D. Cum Laude, in Applied Electronics and Telecommunications from Polytechnic University of Timisoara. Dr. Balas is author of more than 350 research papers in refereed journals and International Conferences. Her research interests are in Intelligent Systems, Fuzzy Control, Soft Computing, Smart Sensors, Information Fusion, Modeling and Simulation. She is the Editor-in Chief to International Journal of Advanced Intelligence Paradigms (IJAIP) and to International Journal of Computational Systems Engineering (IJCSysE), member in Editorial Board member of several national and international journals and is evaluator expert for national, international projects and PhD Thesis. Dr. Balas is the director of Intelligent Systems Research Centre in Aurel Vlaicu University of Arad and Director of the Department of International Relations, Programs and Projects in the same university. She served as General Chair of the International Workshop Soft Computing and Applications (SOFA) in nine editions organized in the interval 2005-2020 and held in Romania and Hungary. Dr. Balas participated in many international conferences as Organizer, Honorary Chair, Session Chair, member in Steering, Advisory or International Program Committees and Keynote Speaker.

Now she is working in a national project with EU funding support: BioCell-NanoART = Novel Bio-inspired Cellular Nano-Architectures - For Digital Integrated Circuits, 3M Euro from National Authority for Scientific Research and Innovation. She is a member of European Society for Fuzzy Logic and Technology (EUSFLAT), member of Society for Industrial and Applied Mathematics (SIAM) and a Senior Member IEEE, member in Technical Committee – Fuzzy Systems (IEEE Computational Intelligence Society), chair of the Task Force 14 in Technical Committee – Emergent Technologies (IEEE CIS), member in Technical Committee – Soft Computing (IEEE SMCS). Dr. Balas was past Vice-president (responsible with Awards) of IFSA - International Fuzzy Systems Association Council (2013-2015), is a Joint Secretary of the Governing Council of Forum for Interdisciplinary Mathematics (FIM), - A Multidisciplinary Academic Body, India and recipient of the "Tudor Tanasescu" Prize from the Romanian Academy for contributions in the field of soft computing methods (2019). 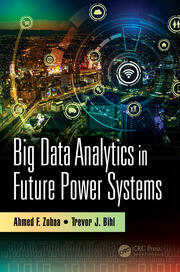 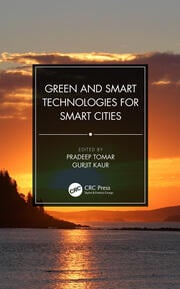 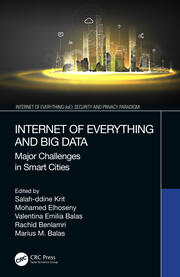