This book aims at Graduate Students and Researchers in Agricultural, Environmental, Chemical, Civil and Energy engineering and related professional audience.

Isaac Nathaniel Itodo, a Professor of Agricultural Engineering obtained a B.Eng from the University of Jos in 1986, a MSc and PhD from the University of Ibadan in 1989 and 1993 respectively. He was Head of Department (1996 – 2000); Dean, College of Engineering (2004 – 2008) and Director of Linkages (2014 – 2019) at the University of Agriculture, Makurdi, where he has taught for thirty four years, becoming a Professor in 2003 and has several publications in renewable energy. He was President, Solar Energy Society of Nigeria (2015 – 2019) and a Fellow of the Nigerian Society of Engineers and the Nigerian Academy of Engineering.

Abubakar Sani Sambo is a Professor of Mechanical Engineering. He obtained a First-Class Honours degree in Mechanical Engineering from the Ahmadu Bello University, Zaria in 1979 and a DPhil degree from the University of Sussex, UK in 1983. He was Director, Sokoto Energy Research Centre, Usmanu Dafodiyo University, Sokoto, and Vice Chancellor of the Abubakar Tafawa Balewa University, Bauchi and the Kaduna State University, Kaduna. He was Director General, Energy Commission of Nigeria (2005 – 2012). He is a Fellow of the Nigerian Society of Engineers, Nigerian Academy of Engineering and Nigerian Academy of Science. He is a recipient of two Nigerian national honours: the National Productivity Order of Merit (1997) and the Officer of the Order of the Niger (2000). He has several publications in renewable energy.

Eli Jidere Bala, a Professor of Mechanical Engineering obtained a B.Eng and M.Eng from the Ahmadu Bello University, Zaria in 1977 and 1980 respectively, and has taught in the same university since 1978 where he was Head of Department (1991 – 1993; 1997 – 1999). He got a PhD from Cranfield Institute of Technology, UK in 1984. He was Rector of Abubakar Tatari Ali Polytechnic, Bauchi (1993 – 1997) and currently the Director General, Energy Commission of Nigeria, Abuja. He is a Fellow, Nigerian Society of Engineers and the Nigerian Academy of Engineering. He has several publications in renewable energy. 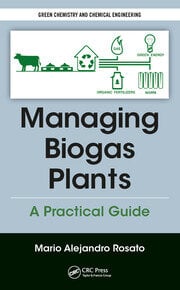