Biomass for Bioenergy and Biomaterials

Biomass for Bioenergy and Biomaterials

Biomass for Bioenergy and Biomaterials presents an overview of recent studies developed specifically for lignocellulose-based production of biofuels, biochemicals, and functional materials. The emphasis is on using sustainable chemistry and engineering to develop innovative materials and fuels for practical application. Technological strategies for the physical processing or biological conversion of biomass for material production are also presented.

• Provides insight into the potential economic viability of biomass-based process

The book serves as an ideal reference for academic researchers and engineers working with natural renewable materials, biorefining of lignocellulose, and biofuels. It can also be used as a comprehensive reference source for university students in metabolic, chemical, and environmental engineering.

Dr. Nidhi Adlakha is Principal investigator and Assistant Professor at the Regional Centre for Biotechnology in Faridabad, Haryana, India. Her research Interests are primarily in omics understanding, genetic manipulation, cellulolytic enzymes, and biochemicals. She holds a BSc (Hons) Bio-chemistry from Delhi University and owned her Master’s degree in Biochemistry from prestigious Post Graduate Institute for Medical Education and Research (PGIMER, Chandigarh). Later, she did her PhD (Life Sciences) from International Centre for Genetic Engineering and Biotechnology.

The current research focus of her group is to gain molecular understanding of cellulase induction mechanism. With the help of molecular tools, the lab aims at developing robust platform for production of biomass degrading enzymes. Her group has identified set of transcription factors and CAZymes which play role in early induction mechanism. Another focus of the group is to employ synthetic biology tools to channel biomass towards 2,3-butanediol production. Her initiative was featured in renowned newspaper "Economic Times".

She is involved in teaching industrial biotechnology to post graduate students to various DBT Institutes. He is a member of editorial board of Frontiers in Bioengineering and Biotechnology and reviewers of many renowned peer review journals.

Her early career research led to the development of enzymes for efficient degradation of biomass. In collaboration with University of Aberdeen, UK, she was further involved in metabolic flux analysis and metabolic engineering of Paenibacillus sp. for biochemical production. She has authored papers in various peer-reviewed journal along with 1 patent.

Prof. Rakesh Bhatnagar pursued his Ph.D. from the Department of Biochemistry, National Sugar Institute, Kanpur followed by working in Freiburg University, Germany, University of Caen, France and NIH & USAMRIID, USA. He pioneered the teaching of Biotechnology at the Jawaharlal Nehru University, the first of its kind in the country. Prof. Bhatnagar is well known for developing recombinant vaccine against anthrax. This technology has been transferred to the industry and the vaccine is undergoing human clinical trials.

Prof. Bhatnagar (a former Vice Chancellor of Kumaun University, Nainital) in addition to being J. C. Bose Fellow, is an elected Fellow of all three major Science Academies of India namely Indian National Science Academy, New Delhi, Indian Academy of Science, Bangalore, National Academy of Science, Allahabad. With >184 research papers to his credit, his publications have received >5000 citations. He has supervised more than 58 Ph.D students. Prof. Bhatnagar’s research has been ranked 7th (The first six were from Pasteur Institute, Harvard Medical School, NIH and USAMRIID) in the anthrax research globally. Recognizing with extraordinary contribution in the field of research and innovation he has been awarded with many prestigious awards and recognition few of them are President's Award for Best Innovation by President of India, ICMR Award for Outstanding research work in the field of Immunology by ICMR, GoI; Ranked 7th among the top ten eminent researchers publishing commendable research papers on anthrax by Open source Global Anthrax Research Literature etc. Prof. Bhatnagar has been a successful administrator and institution builder. He has served the Jawaharlal Nehru University at various important positions like Chairperson, Director and Dean. Because of his efforts School of Biotechnology has been ranked at No.1 biotechnology teaching programme in the country consistently. He has created a world class Biological Safety Laboratory Level III. Recently, Prof. Bhatnagar has finished his term of Vice-Chancellor of Banaras Hindu University and during his term of Vice-Chancellorship he has strived hard to take the University to a new level of excellence.

Dr. Syed Shams Yazdani is Group Leader of the Microbial Engineering group and Coordinator of DBT-ICGEB Centre for Advanced Bioenergy Research at the International Centre for Genetic Engineering and Biotechnology in New Delhi, India. His research Interests are in metabolic engineering, synthetic biology, cellulolytic enzymes, and biofuels. He holds a BSc (Hons) Chemistry from Aligarh Muslim University and MSc and PhD (Biotechnology) from Jawaharlal Nehru University. His group is currently involved in development of technologies for fungal enzymes, C5/C6 sugar fermentation and advanced biofuels production, such as butanol, fatty alcohols and alkanes.

His recent achievement include development of most potent enzyme preparation for use in 2G-ethanol process with the use of synthetic biology and genome editing tools in fungal system. His effort in the genome and protein engineering led to highest reported value of drop-in fuel alkane in the bacterial system. These technologies are at various stages of development for commercial exploitation in collaboration with industries.

He serves in various committees of Government of India such as Department of Biotechnology (DBT), Department of Science and Technology (DST), Biotechnology Industry Research Assistance Council (BIRAC) and many academic institutions of high reputation. His biography was featured in Biospectrum magazine with the title "Next-Gen Biofuel Engineer". He is representing India in the Technical Expert Group of Synthetic Biology at UN Convention of Biological Diversity. He leads several multilateral international collaborative projects, including Indo-UK, Indo-Australia and Indo-US. He is a member of editorial board of Scientific Reports (Nature Publishing Group), Journal of Industrial Microbiology and Biotechnology (JIMB), Frontiers in Bioengineering and Biotechnology and Indian Journal of Biotechnology, and reviewers of many renowned peer review journals.

His early career research led to the development of technologies for production of recombinant streptokinase and recombinant malaria vaccine candidates, which were transferred to industries for cGMP production, clinical trials and commercialization. He was further involved in a breakthrough discovery during his research at Rice University, Houston, USA as a DBT overseas fellow, where a novel pathway was identified in E. coli to produce bioethanol from glycerin, a waste from biodiesel industry. He is author of >70 publications in high impact international journals, such as JBC, Nature Communications, Metabolic Engineering, and 15 patent applications (with 3 US patents granted). 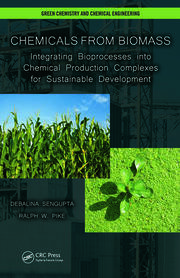 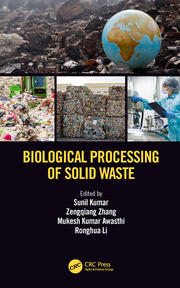 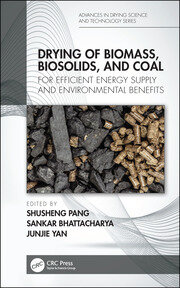