Written by a team of internationally respected experts, this book provides an up-to-date authoritative reference for scientists and engineers.

Chapter 2 A Conceptual Introduction to the Fundamentals of Magnetic Fields,

and BioEngineering at Clemson University. He earned his BS degree in

applied physics at Yale University in 1998. He earned his doctorate at The

University of Michigan in 2005, working for Professor Raoul Kopelman

measure chemical concentrations and mechanical properties of solutions. For

this work, he was awarded a grand prize at the 2002 National Inventor’s

postdoctoral research fellow at Northwestern University under the guidance of Professor

nanosensors, implantable sensors, orthopedic devices, and medical imaging. Along with

O. Thompson Mefford is an Associate Professor in the Department of

Dean’s Professorship, along with an additional appointment in the Department

of Bioengineering at Clemson University. He earned his BS degree

Macromolecular Science and Engineering from Virginia Tech in 2007,

where he worked on the development of treatments for retinal detachment

using hydrophobic ferrofluids. Before returning back to Clemson, Dr. Mefford

developed methods for the fabrication and functionalization of microfluidic

devices as a Post-doctoral Researcher for The Ohio State University Department of Chemistry.

Dr. Mefford joined the faculty of the Department of Materials Science and Engineering at Clemson in

the Fall of 2008. His research focuses on developing stable, polymer-iron oxide nanoparticle

complexes and composites for biomedical applications. These applications include developing

"When I opened this book and saw the list of authors I instantly knew that it was going to become the first book I’d recommend to every person starting to work in this field.

The experience Thompson Mefford and Jeffrey Anker have organizing the Frontiers in Magnetic Nanoparticles Conference series is clearly reflected in this book. They have made the perfect selection of leading experts to describe all of the most recent advances in each biomedical application, but at the same time have made an impressive effort to compile the state of the art in characterization techniques used to understand the fundamental properties of the magnetic nanoparticles.

Altogether, this makes the book both accessible to newcomers to the field of magnetic nanoparticles as well as highly recommended for professionals who are aiming for deeper fundamental insights."

"Biomedical Applications of Magnetic Particles marks a moment in time when seemingly impossible connections are being made, at the nanoscale, between inorganic matter and organic forms - from proteins to tissues - for the benefit of the health of us all. It is an exemplary combination of explanation and inspiration. It’s first third comprises a review of the underpinning science, written in an easily understood style. The remainder comprises an extremely useful snapshot of state-of-the-art innovation in this rapidly expanding field, based on wide-ranging and authoritative contributions from world-leading authors. Together, it makes for an informative and compelling text." 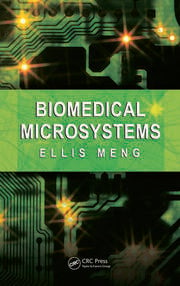 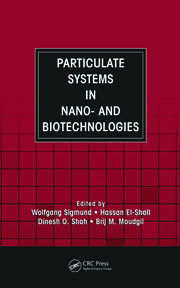 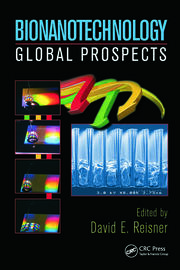