Biomolecular Thermodynamics
From Theory to Application

Biomolecular Thermodynamics: From Theory to Application

"an impressive text that addresses a glaring gap in the teaching of physical chemistry, being specifically focused on biologically-relevant systems along with a practical focus…. the ample problems and tutorials throughout are much appreciated."
–Tobin R. Sosnick, Professor and Chair of Biochemistry and Molecular Biology, University of Chicago

"Presents both the concepts and equations associated with statistical thermodynamics in a unique way that is at visual, intuitive, and rigorous. This approach will greatly benefit students at all levels."
–Vijay S. Pande, Henry Dreyfus Professor of Chemistry, Stanford University

This book provides a comprehensive, contemporary introduction to developing a quantitative understanding of how biological macromolecules behave using classical and statistical thermodynamics. The author focuses on practical skills needed to apply the underlying equations in real life examples. The text develops mechanistic models, showing how they connect to thermodynamic observables, presenting simulations of thermodynamic behavior, and analyzing experimental data. The reader is presented with plenty of exercises and problems to facilitate hands-on learning through mathematical simulation.

is a professor in the Department of Biophysics at Johns Hopkins University. He earned his Ph.D. in biochemistry from Stanford University, and a Ph.D. in biophysics and structural biology from the University of Oregon.

Probabilities and Statistics in Chemical and Biothermodynamics

Model testing with the 2 and f-ratio probability distributions.

The Framework of Thermodynamics and the First Law

What is Thermodynamics and What Does it Treat?

Dividing up the Universe: System and Surroundings

Equilibrium, Changes of State, and Reversibility

Thermodynamic Variables and Equations of State

The First law of Thermodynamics

The reversible work associated with four fundamental changes of state.

The heat flow associated with the four fundamental changes in an ideal gas.

The work associated with the irreversible expansion of an ideal gas.

The connection between heat capacities and state functions.

A non-ideal model: the van der Walls equation of state

The Second Law and Entropy

Some familiar examples of spontaneous change.

The directionality of heat flow at the macroscopic (classical) level

Free Energy as a Potential for the Laboratory and Biology

Internal energy as a potential--combining the first and second laws.

Partial pressures of mixtures of gases.

Legendre transforms of a single variable.

Phases and their transformations.

The condition for equilibrium between two phases.

How chemical potentials of different phases depend on temperature and pressure: deriving a T-p phase diagram for water.

Additional restrictions from the phase diagram: the Clausius-Clapeyron equation and Gibbs' phase rule.

The Concentration Dependence of Chemical Potential, Mixing, and Reactions

The dependence of chemical potential on concentration.

Similarities (and differences) between free energies of reaction and mixing.

How chemical equilibrium depends on temperature

How chemical equilibrium depends on pressure

Simultaneous visualization of N and D.

The thermal unfolding transition as a way to determine Kfold and G°.

A simple geometric way to connect Yobs to Kfold.

Fitting conformational transitions to analyze the thermodynamics of unfolding.

Ensembles that Interact with their Surroundings

Heat exchange and the canonical ensemble.

A canonical partition function for a system with one molecule.

The relationship between the molecular and canonical partition functions.

Coupling between the sites and the basis for cooperativity

Coupling between residues through "nearest-neighbor" models

Ligand Binding to a single site

The binding polynomial P: a partition function for ligand binding.

Explicit structural models for coupling among between binding sites

Douglas E. Barrick is a professor in the Department of Biophysics at Johns Hopkins University. He earned a Ph.D. in biochemistry from Stanford University (1993) and Ph.D. in biophysics and structural biology from the University of Oregon (1996). He has been honored as recipient of the Beckman Young Investigator award, the Helen Hay Whitney Postdoctoral fellowship, and Howard Hughes Medical Institute Predoctoral Fellowship. He has been an editorial board member of the journals Protein Science and Biophysical Journal, and has been an organizer of the Gibbs Conference on Biothermodynamics. Research in his lab focuses on the study of protein evolution, folding, and assembly.

"Presents both the concepts and equations associated with statistical thermodynamics in a unique way that is at visual, intuitive, and rigorous. This approach will greatly benefit students at all levels."
–Vijay S. Pande, Henry Dreyfus Professor of Chemistry, Stanford University

"a masterful tour de force…. Barrick's rigor and scholarship come through in every chapter. The focus on biomolecules combined with the detailed demonstrations of how concepts apply to practical aspects of biophysics make this a truly unique contribution. Everyone, from the purported expert to the true novice will gain immensely from this carefully crafted, well motivated, and deeply thought out contribution. This book should live on all of our bookshelves and be consulted routinely as a quick reference or as material for in depth study and training."
—Rohit V. Pappu, Edwin H. Murty Professor of Engineering, Washington University in St. Louis

"The author has created an impressive text that addresses a glaring gap in the teaching of physical chemistry, being specifically focused on biologically-relevant systems along with a practical focus. It starts by bringing students up to speed on probability theory, multi-variate calculus and data fitting, the necessary tools for tackling the advanced topics covered in the remaining dozen chapters and for conducting rigorous interdisciplinary research…. the ample problems and tutorials throughout are much appreciated."
—Tobin R. Sosnick, Professor and Chair, Dept of Biochemistry and Molecular Biology, University of Chicago 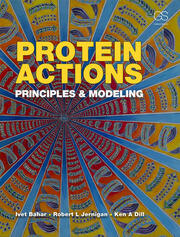 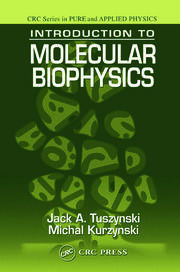 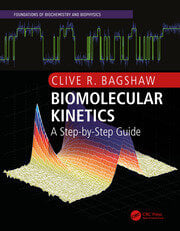 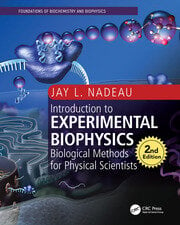