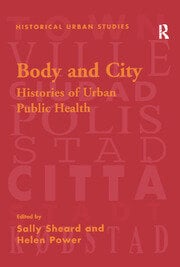 A provocative survey of new research in the history of urban public health, Body and City links the approaches of demographic and medical history with the methodologies of urban history and historical geography. It challenges older methodologies, offering new insights into the significance of cultural history, which has largely been overlooked by previous histories of public health. This book explores important issues and experiences in the public health arena in diverse European settings from the Middle Ages to the early 20th century.

'The appearance of this collection of essays of consistent quality is welcome as an addition to the relatively sparse modern monograph literature on the history of public health.' Social History of Medicine '... the papers are [...] well written and well chosen, and the book could serve as a foundation for discussions of method.' Continuity and Change 'Deftly edited and introduced, this is an excellent volume...' Urban History