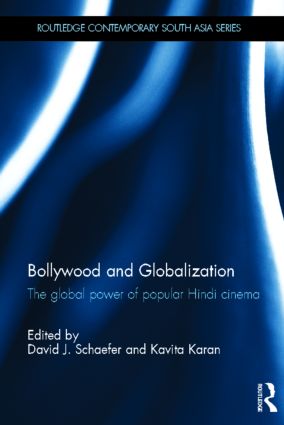 The field of Bollywood studies has remained predominantly critical, theoretical and historical in focus. This book brings together qualitative and quantitative approaches to tackle empirical questions focusing on the relationship between soft power, hybridity, cinematic texts, and audiences.

Adopting a critical-transcultural framework that examines the complex power relations that are manifested through globalized production and consumption practices, the book approaches the study of popular Hindi cinema from three broad perspectives: transcultural production contexts, content trends, and audiences. It firstly outlines the theoretical issues relevant to the spread of popular Indian cinema and emergence of India’s growing soft power. The book goes on to report on a series of quantitative studies that examine the patterns of geographical, cultural, political, infrastructural, and artistic power dynamics at work within the highest-grossing popular Hindi films over a 61-year period since independence. Finally, an additional set of studies are presented that quantitatively examine Indian and North American audience consumption practices.

The book illuminates issues related to the actualization and maintenance of cinematic soft power dynamics, highlighting Bollywood’s increasing integration into and subsumption by globalized practices that are fundamentally altering India’s cinematic landscape and, thus, its unique soft power potential. It is of interest to academics working in Film Studies, Globalisation Studies, and International Relations.

David J. Schaefer is Professor of the Department of Communication Arts at Franciscan University of Steubenville, USA. He has published numerous book chapters and journal articles on film and digital media and is a member of the Asian Media Information and Communication and International Communication Association.

Kavita Karan is an Associate Professor at the School of Journalism at the Southern Illinois University, USA. Her edited and co-edited books include Cyber Communities in Rural Asia: A Study of Seven Asian Countries, Commercializing Women: Images of Asian Women in the Media, Singapore General Elections 2001: Study of the Media, Politics and Public and Information Policies in Asia: Development of Indicators.