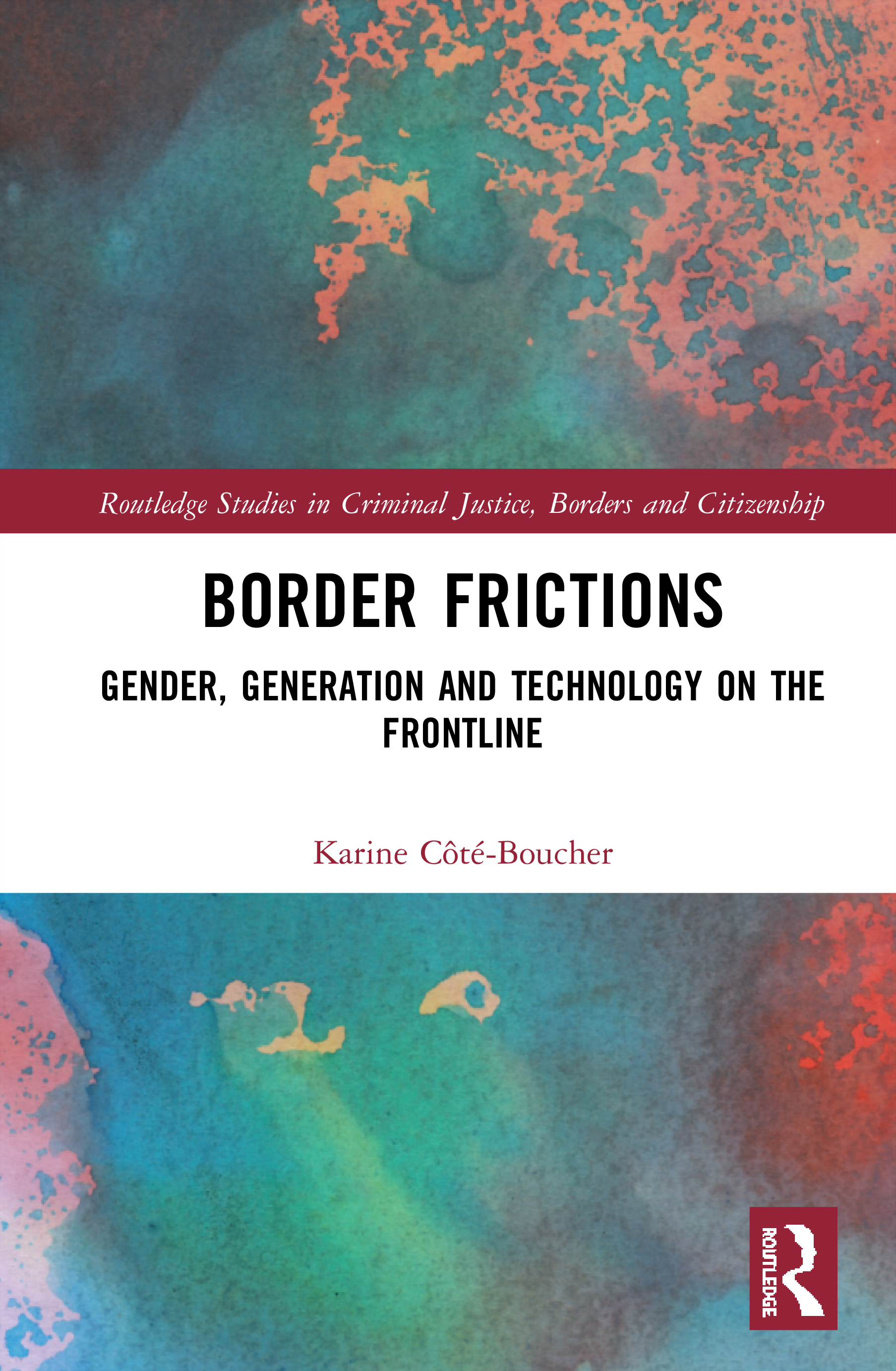 Gender, Generation and Technology on the Frontline, 1st Edition

How did Canadian border officers come to think of themselves as a "police of the border"? This book tells the story of the shift to law enforcement in Canadian border control. From the 1990s onward, it traces the transformation of a customs organization into a border policing agency.

investigates how considerable political efforts and state resources have made bordering a matter of security and trade facilitation best managed with surveillance technologies. Based on interviews with border officers, ethnographic work carried out in the vicinity of land border ports of entry and policy analysis, this book illuminates features seldom reviewed by critical border scholars. These include the fraught circulation of data, the role of unions in shaping the border policy agenda, the significance of professional socialization in the making of distinct generations of security workers as well as evidence of the masculinization of bordering. In a time when surveillance technologies track the mobilities of goods and people and push their control beyond and inside geopolitical borderlines, Côté-Boucher unpacks how we came to accept the idea that it is vital to deploy coercive bordering tactics at the land border.

Written in a clear and engaging style, this book will appeal to students and scholars in criminology, sociology, social theory, politics, geography and those interested in learning about the everyday reality of policing the border.

Border frictions offers an important, understudied perspective on bordering practices and border control: the perspective of individual border control agents and the organizational structures they are operating within. By drawing on impressive and unique ethnographic fieldwork on the US-Canada border, Côté-Boucher shows the messiness and complexity of border work and therewith shines light on the challenges those who are tasked with this work are facing. It is at the border where socio-political, legal, organizational and individual goals, priorities and beliefs can clash hard. These clashes, and the ways in with individual agents deal with them are addressed in Border Frictions. In making sense of all this, the author looks at border control and bordering practices through, amongst others, a critical race and a critical feminist lens. The combination of unique fieldwork, a critical theoretical analysis and the focus on street-level border control agents and the various environments they are – often simultaneously – operating within makes Border Frictions a much needed and valuable addition to the every growing body of literature on borders and border criminologies.

This book by Karine Côté-Boucher is an essential read for anyone who considers that an investigation into human practices in context is the best antidote against exaggerations coming from those who adopt the radical hypothesis of a data revolution in security matters, be it to praise smart borders or to deplore the inexorability of data surveillance by algorithms. Her book is an absolute pleasure to read because of the attention she gives to the voices and practical work of border guards as well as her capacity to give a nuanced picture of this complex human tapestry. However, this empathy does not turn into an acceptance of actors’ inner systems of justification. She explains how the transformation of borderwork is not driven by smart borders nor by integrated data management with the aim of simplifying life, but by a competition of positions inside a field amongst security professionals endowed with distinct professional socializations. What is crucial therefore is not technology as such, but these professionals’ social use of the fraught integration of data in border management. The policing at a distance enabled by such deployment of data coincides with the reinforcement of dynamics of masculinization in bordering, as well as with the tensions created by unions and intergenerational conflicts within border agencies. All these elements lead to complex interactions between data management logics, officers’ experience of data-led bordering and preoccupations for more rigid law enforcement practices. This "tour de force" presents a political anthropology of this professional milieu in Canada and will certainly inspire other researchers around the world to follow her rigorous path to a better analysis of the "investment" of sovereignty, technology and freedom into border mobilities.

3. Border interrupted: Technologies and the fraught circulation of data in bordering

4. Towards a "police of the border": The virtualization of borderwork and a disrupted sense of self

5. Gendered border politics: Manning the frontline, getting the gun

7. "Dobermans" vs. "Hush Puppies": Generational frictions in ports of entry

Karine Côté-Boucher is Associate Professor at the Université de Montréal School of Criminology.

Globalizing forces have had a profound impact on the nature of contemporary criminal justice and law more generally. This is evident in the increasing salience of borders and mobility in the production of illegality and social exclusion. Immigration and its control are highly charged topics in contemporary crime policy and politics. In the past two decades such matters have become subjects of extensive scholarly analysis throughout the social sciences. Though criminology has been a relative latecomer to this body of work, it is now possible to speak of an emerging ‘criminology of mobility.

Routledge Studies in Criminal Justice, Borders and Citizenship showcases contemporary studies that connect criminological scholarship to migration studies and explores the intellectual resonances between the two. It provides an opportunity to reflect on the theoretical and methodological challenges posed by mass mobility and its control. By doing that, it aims to chart an intellectual space and establish a theoretical tradition within criminology to house scholars of immigration control, who have traditionally published either in general criminological or in anthropological, sociological, refugee studies, human rights and other publications.