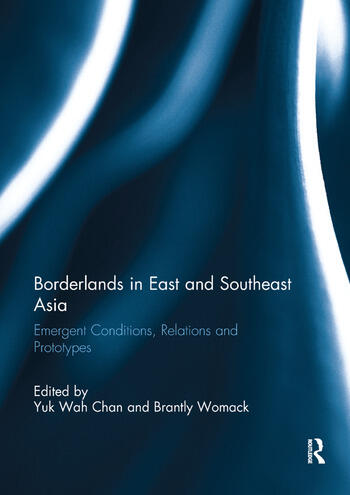 This book provides a glimpse into the different emergent borderland prototypes in East and Southeast Asia, with illustrative cases and discussions. Asia has contained a number of reactivated border zones since the end of the Cold War, borders which have witnessed ever greater human activity, concerning trade, commerce, tourism, and other forms of money-related activities such as shopping, gambling and job-seeking. Through seven borderland cases, the contributors to this volume analyse how the changing political economy and the regional and international politics of Asia have shaped and reshaped borderland relations and produced a few essential prototypes of borderland in Asia, such as reopened borders and re-activated economic zones; reintegrated but "separated" border cities; porous borderlands; and abstruse borderlands. This book aims to bring about further discussions of borderland development and governance, and how these actually inform and shape state-state and state-city relations across borders and regional politics. This book was originally published as a special issue of Asian Anthropology.

4. Mongla and the borderland politics of Myanmar Tharaphi Than

6. A tale of two borderlands: material lucidity and deep play in the transborder tourism space in Hong Kong and Macao Yuk Wah Chan

Yuk Wah Chan is an anthropologist in the Department of Asian and International Studies at City University of Hong Kong. She works with a wide range of scholars and her research interests cover borderland, migration, tourism, food, heritage, death, and identity.

is C.K. Yen Professor of Foreign Affairs at the University of Virginia, USA. He is the author of Asymmetry and International Relationships (2016), China among Unequals (2010) and China and Vietnam: The Politics of Asymmetry (2006).