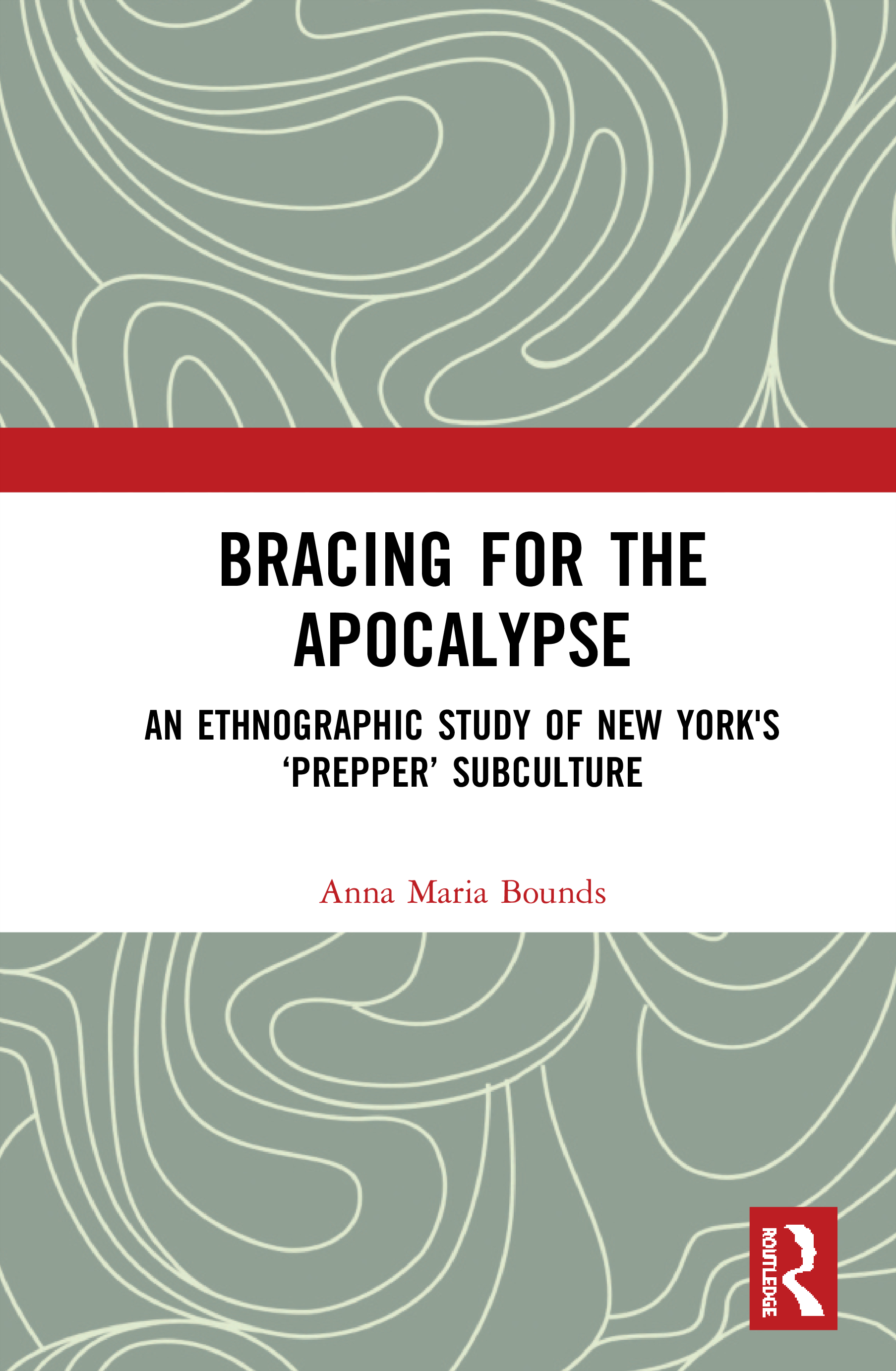 Bracing for the Apocalypse

Increasing American fear about terrorism, environmental catastrophes, pandemics, and economic crises has fueled interest in ‘prepping’: confronting disaster by mastering survivalist skills. This trend of self-reliance is not merely evidence of the American belief in the power of the individual; rather, this pragmatic shift away from expecting government aid during a disaster reflects a weakened belief in the bond between government and its citizens during a time of crisis. This ethnographic study explores the rise of urban preppers, the survivalist subculture in New York City, shedding light on the distinctive approach of city dwellers in preparing for disaster. With attention to the role of factors such as class, race, gender and one’s expectations of government, it shows that how one imagines Doomsday affects how one prepares for it. Drawing on participant observation, the author explores preppers’ views on the central question of whether to ‘bug out’ or ‘hunker down’ in the event of disaster, and examines the ways in which the prepper economy increases revenue by targeting concerns over developing skills, building networks, securing equipment and arranging a safe locale. A rich qualitative study, Bracing for New York’s Apocalypse will appeal to scholars of sociology and anthropology with interests in urban studies, ethnography and subcultures.

"America's frontier spirit is alive and well in the United States, even in the center of its biggest metropolis. Anna Maria Bounds breaks tired old stereotypes about Northeastern urbanites and their politics, and brings to life the New Yorkers who have been scarred by crisis, lost faith in government, and band together to prepare for survival. It is exactly what you want from a great ethnography: a vivid, engaging picture of a world that existed right in front of us, yet somehow remained invisible to the collective imagination. Essential reading for the sociology of politics, community, culture, and the city." - Joseph Cohen, Founder of the Award-Winning Sociocast

"New Yorkers preparing for the worst, a rapidly growing social phenomenon, is traced and tracked by this terrific book profiling the "prepper" movement. Written with novelistic skill, Dr. Bounds turns a sharp sociologists' lens to what the rich, the poor, and the middle are doing: whether bugging out, or bugging in, joining a group or going it alone, Bracing for the Apocalypse takes you inside this important but seldom studied area." - Andrew A. Beveridge, President and Cofounder of Social Explorer

"Anna Maria Bounds's account of the culture, work and context of the New York Prepper subculture offers a fascinating, often hilarious reversal of stereotypes about the tribe of doomsday preppers in the city. As a participant ethnographer in the network, as an urban sociologist, and as a New Yorker who has experienced urban disaster herself, Bounds writes with equal measures of expertise, curiosity, and solidarity. She connects the urban phenomenon of doomsday prepping with the social origins of city life as well as new narratives of normalized emergency, different versions of the apocalypse, and varieties of zombies. This book offers insight, transparency, and an apt sense of the will, the vulnerability and the resilience of "all in" contemporary urban life." - Meg Holden, Simon Fraser University

Part 1: Understanding the Rise of Prepping in the Global City of New York

1. "Ready.Gov" versus "Ready without Gov": Prepping for Disaster

2. New York Marks the Spot: Living on the X

3. Popular Entertainment: Preppers as Characters and as Consumers

Part 2: Prepping in New York: Going it Alone or Going Together

4. Bugging In: Sheltering In Place for the Extremely Wealthy and Mere Mortals

7. Toughing it Out on the Weekend

Part 4: Urban Prepping as a New Reflection of Citizenship