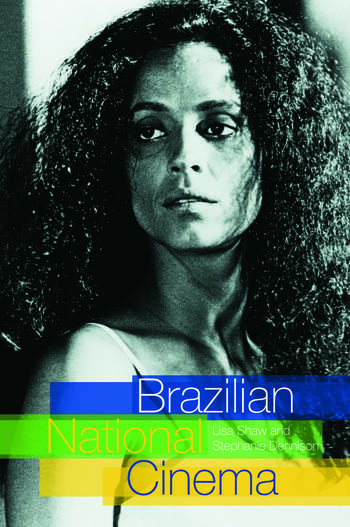 Brazilian cinema is one of the most influential national cinemas in Latin America and this wide-ranging study traces the evolution of Brazilian film from the silent era to the present day, including detailed studies of more recent international box-office hits, such as Central Station (1998) and City of God (2002).

Lisa Shaw and Stephanie Dennison apply recent theories on stardom, particularly relating to issues of ethnicity, race and gender, to both well-known Brazilian performers, such as Carmen Miranda and Sonia Braga, and lesser known domestic icons, such as the Afro-Brazilian comic actor, Grande Otelo (Big Othello), and the uberblonde children’s TV and film star, and media mogul, Xuxa.

This timely addition to the National Cinemas series provides a comprehensive overview of the relationship between Brazilian cinema and issues of national and cultural identity.

Lisa Shaw is Reader in Portuguese and Brazilian Studies at the University of Liverpool. She is author of The Social History of the Brazilian Samba (1999), co-author of Popular Cinema in Brazil (2004) and co-editor of Latin American Cinema: Essays on Modernity, Gender and National Identity (2005).

Stephanie Dennison is Senior Lecturer in Portuguese and Brazilian Studies at the University of Leeds. She is co-author of Popular Cinema in Brazil (2004) and co-editor of Latin American Cinema: Essays on Modernity, Gender and National Identity (2005) and Remapping World Cinema: Identity, Politics and Culture in Film (2006).