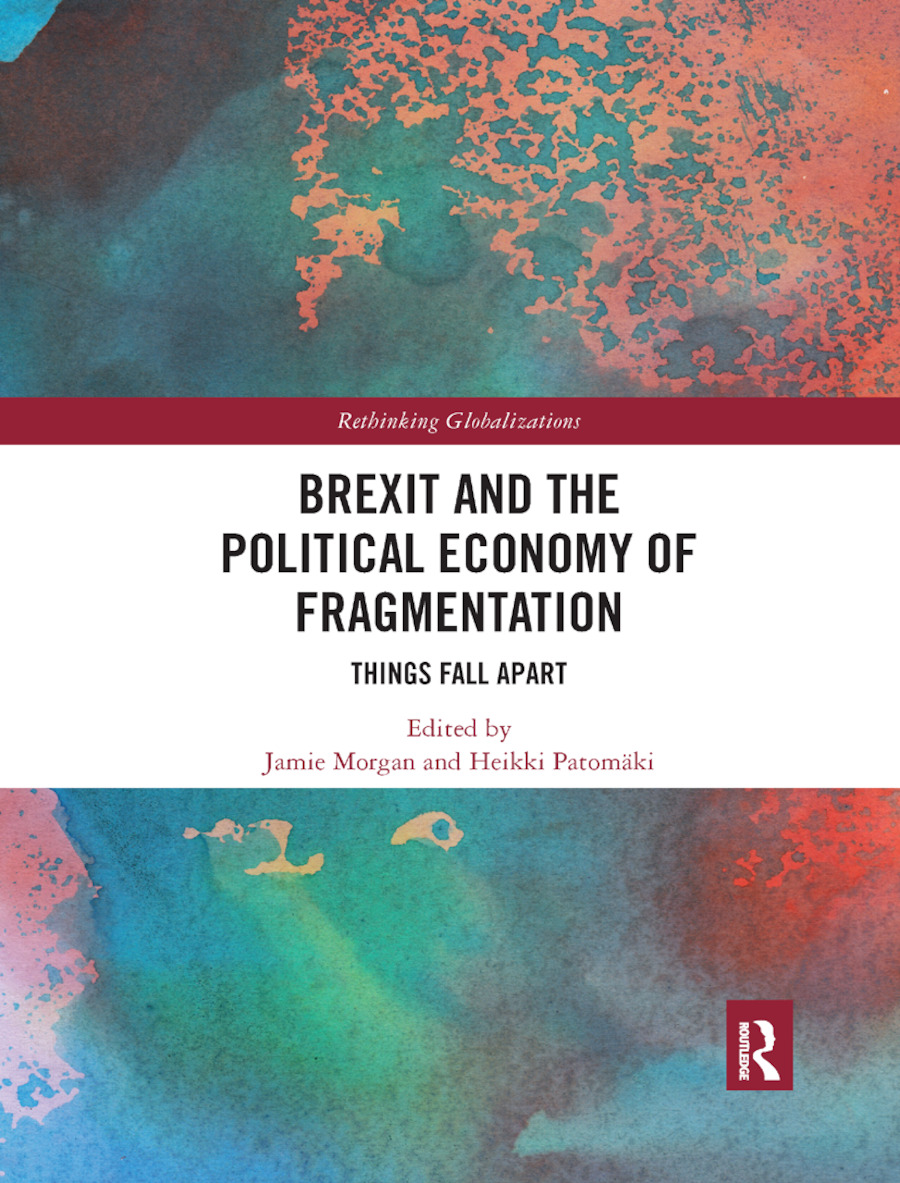 Brexit and the Political Economy of Fragmentation

Brexit means Brexit and other meaningless mantras have simply confirmed that confusion and uncertainty have dominated the early stages of this era defining event. Though there has been a lack of coherent and substantive policy goals from the UK government, this does not prevent analysis of the various causes of Brexit and the likely constraints on and consequences of the various forms Brexit might take. Is Brexit a last gasp of neoliberalism in decline? Is it a signal of the demise of the EU? Is it possible that the UK electorate will get what they thought they voted for (and what was that)? Will a populist agenda run foul of economic and political reality? What chance for the UK of a brave new world of bespoke trade treaties straddling a post-geography world? Is the UK set to become a Singapore-lite tax haven? What is the difference between a UK-centric and a UK-centred point of view on Brexit? Will Brexit augment disintegrative tendencies in the European and world economy? These are some of the questions explored in this timely set of essays penned by some of the best known names in political economy and international political economy. The chapters in this book originally published as a special issue in Globalizations.

Part 1 Special Forum on Brexit: Introduction Jamie Morgan & Heikki Patomäki Reviving Hayek’s Dream Owen Worth Brexit and the Future of the Left Boris Kagarlitsky Brexit: Be Careful What You Wish For? Jamie Morgan Brexit and its Consequences Ann Pettifor The Organic Crisis of the British State: Putting Brexit in its Place Bob Jessop Brexit, Global Cities, and the Future of World Order Noah Toly The Case for Utopia: History and the Possible Meanings of Brexit a Hundred Years On Jo Guldi Between Eurotopia and Nationalism: A Third Way for the Future of the EU Peter Wahl Europe and the World after Brexit James Galbraith Will the EU Disintegrate? What Does the Likely Possibility of Disintegration Tell About the Future of the World? Heikki Patomäki Part 2 Introduction: Special Forum on Brexit Part 2 Jamie Morgan & Heikki Patomäki Trade and the gains from diversity: why economists failed to predict the consequences of Brexit Steve Keen Post-Brexit Trade Policy Autonomy as Pyrrhic Victory: Being A Middle Power in a Contested Trade Regime Silke Trommer Brexit and Global Wealth Chains Leonard Seabrooke and Duncan Wigan The Economics of Political Change in Developed Countries Jayati Ghosh In the Yugoslav Mirror: The EU Disintegration Crisis Joachim Becker

Jamie Morgan works at Leeds Beckett University, UK, and is the former coordinator of the Association for Heterodox Economics. He coedits the Real World Economics Review with Edward Fullbrook. He has published widely in the fields of economics, political economy, philosophy, sociology and international politics. His recent books include Trumponomics. Causes and consequences (ed. with E. Fullbrook, 2017).