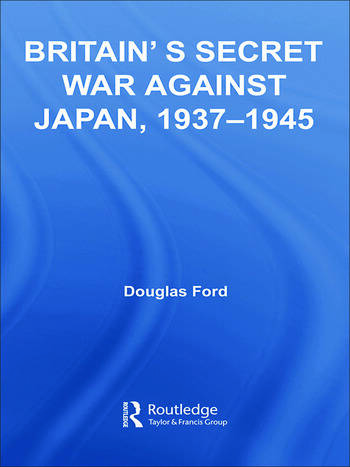 A new look at how Britain’s defence establishment learned to engage Japan’s armed forces as the Pacific War progressed.

Douglas Ford reveals that, prior to Japan’s invasion of Southeast Asia in December 1941, the British held a contemptuous view of Japanese military prowess. He shows that the situation was not helped by the high level of secrecy which surrounded Japan’s war planning, as well as the absence of prior engagements with the Imperial Japanese Navy and Army.

The fall of ‘Fortress Singapore’ in February 1942 dispelled the notion that the Japanese were incapable of challenging the West. British military officials acknowledged how their forces in the Far East were inadequate, and made a concerted effort to improve their strength and efficiency. However, because Britain’s forces were tied down in their operations in Europe, North Africa and the Mediterranean, they had to fight the Japanese with limited resources. Drawing upon the lessons obtained through Allied experiences in the Pacific theatres as well as their own encounters in Southeast Asia, the British used the available intelligence on the strategy, tactics and morale of Japan’s armed forces to make the best use of what they had, and by the closing stages of the war in 1944 to 1945, they were able to devise a war plan which paved the way for the successful war effort.

This book will be of great interest to all students of the Second World War, intelligence studies, British military history and strategic studies in general.

Introduction  1. Ambiguity and Complacency: Britain’s Assessment of Japan Prior to the Outbreak of War  2. The Lessons of Defeat and Limited Victories, December 1941 to January 1943  3. Gauging the Balance of an Unpredictable War: The Evolution of British Intelligence on Japanese Strategy, January 1943 to August 1945  4. Material and Technology vs. Methods of Use: Intelligence on the Tactical and Technical Capabilities of Japan's Armed Forces  5. Racial Contempt or Logical Analysis?: British Intelligence on Japanese Military Morale Conclusion: The Intelligence War in Asia and the Pacific, 1937-1945 - the British and Japanese Experiences in Comparison

Douglas Ford is a Lecturer in Military History at the University of Salford. He has written several articles on British intelligence during the Pacific War, and is currently conducting research on US intelligence on Japan’s armed forces during the inter-war period.