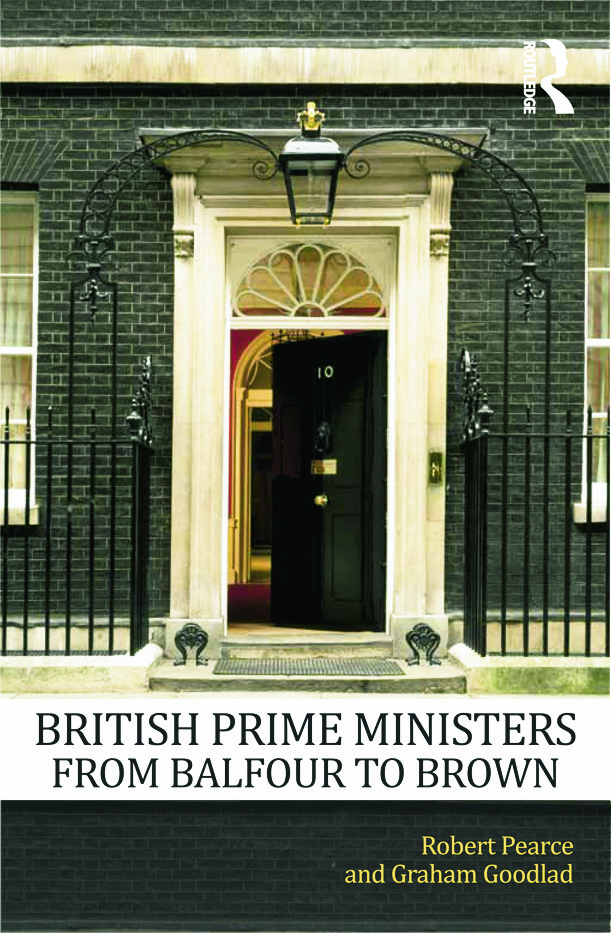 The origins of the post of Prime Minister can be traced back to the eighteenth century when Sir Robert Walpole became the monarch’s principal minister. From the dawn of the twentieth century to the early years of the twenty-first, however, both the power and the significance of the role have been transformed.

explores the personalities and achievements of those twenty individuals who have held the highest political office between 1902 and 2010. It includes studies of the dominant premiers who helped shape Britain in peace and war – Lloyd George, Churchill, Thatcher and Blair – as well as portraits of the less familiar, from Asquith and Baldwin to Wilson and Heath. Each chapter gives a concise account of its subject’s rise to power, ideas and motivations, and governing style, as well as examining his or her contribution to policy-making and handling of the major issues of the time. Robert Pearce and Graham Goodlad explore each Prime Minister’s interaction with colleagues and political parties, as well as with Cabinet, Parliament and other key institutions of government. Furthermore they assess the significance, and current reputation, of each of the premiers.

This book charts both the evolving importance of the office of Prime Minister and the continuing restraints on the exercise of power by Britain’s leaders. These concise, accessible and stimulating biographies provide an essential resource for students of political history and general readers alike.

"This work is a new approach to 20th century British history and politics. Through the collection of prime ministers’ biographies, the authors explore the character of British leaders, the nature of prime ministerial leadership and the evolving role of prime ministers in the British constitution. It will be invaluable to students of British politics and history, and researchers will find it a handy reference." - Neal R. McCrillis, Columbus State University, USA

Robert Pearce, formerly Professor of Modern History at the University of Cumbria, is the author of many books on British and European history. The editor of History Review from 1998 to 2012, he is the General Editor of Routledge Historical Biographies. Graham Goodlad is Director of Studies at St John’s College, Southsea. He has written widely on nineteenth and twentieth century British political history, most recently an essay in the collection Gladstone and Ireland (2010), edited by D.G. Boyce and Alan O’Day