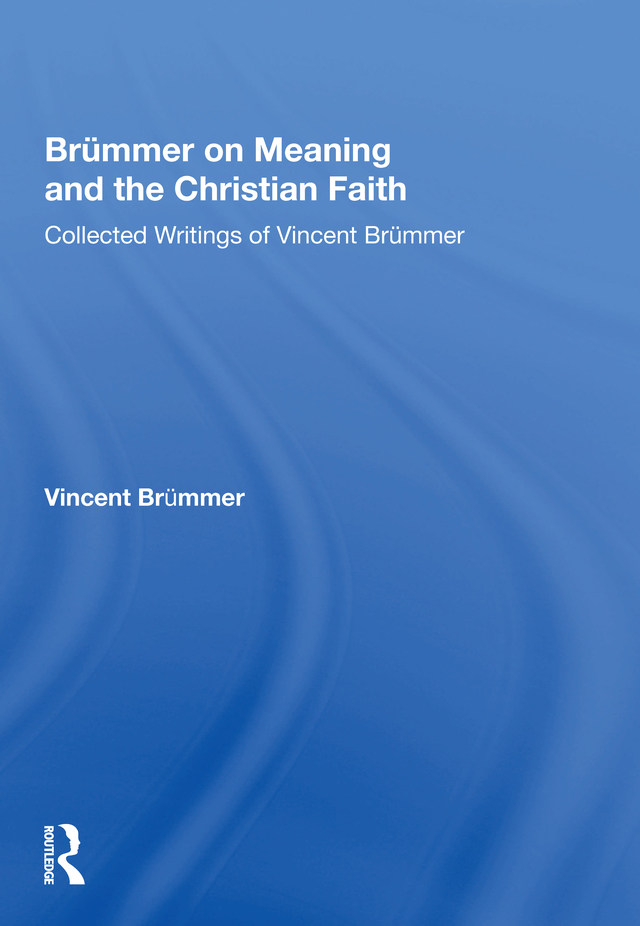 Brümmer on Meaning and the Christian Faith

This volume presents a wide-ranging selection from the writings of a leading contemporary philosophical theologian, Vincent Brümmer. In his many books and articles Brümmer has demonstrated how the tools of philosophical analysis are not only fruitful but also essential for dealing with the central issues of systematic theology. The title of this volume, Meaning and the Christian Faith, highlights two characteristic themes that recur throughout the many writings of Vincent Brümmer. Much of his work has been devoted to exploring the meaning of the Christian faith, and especially of its central claim that God is a personal being whose fellowship believers may enjoy. On the other hand, Brümmer has also shown that religious belief should not be understood as an explanatory theory but rather as a way in which believers understand the meaning of their lives and their experience of the world and direct their lives accordingly. Thus in the Christian tradition believers claim that their lives are meaningful because they seek to attain ultimate happiness in the love of God. In the introductory sections throughout this volume Vincent Brümmer describes how he came to pay attention to the various themes dealt with in his writings and explains why he came to deal with them in the ways he did.

Contents: Introduction; Christian philosophy; Values and facts, religion and science; Language and thought; Knowledge and reality; Coping with evil; On the nature of God; Prayer, mysticism and spirituality; Christian doctrine and the dialogue of traditions; Philosophical theology; Index.

Professor Brummer was born in South Africa in 1932. He studied philosophy and theology at the universities of Stellenbosch, Harvard, Utrecht and Oxford and was professor in the Philosophy of Religion at the University of Utrecht from 1967 to 1997. His writings include Theology and Philosophical Inquiry (London 1981, Philadelphia 1982) (Also in Dutch), What are we Doing when we Pray? (London 1984), (Also in Dutch and in German), Speaking of a Personal God (Cambridge 1992) (also in Dutch), The Model of Love (Cambridge 1993) (Also in Dutch, Korean and Farsi), Faith and the Modern World. Lectures and Conversations in Iran (Tehran 2003), Ultimate Happiness and Christian Doctrine (Cambridge, forthcoming).