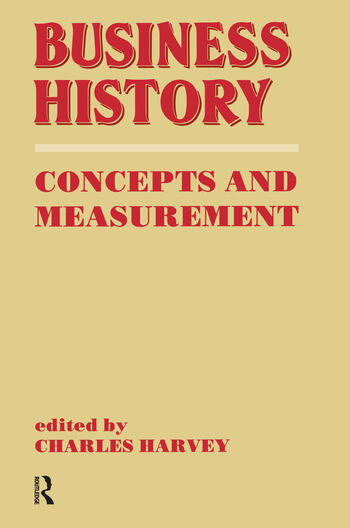 First Published in 1989. Routledge is an imprint of Taylor & Francis, an informa company.

Business History: Concepts and Measurement; Production, Employment and Labour productivity in British Coalmines 1830-1913; Wealthy and Titles Persons; British Entrepreneurs in Distribution and Steel Industry; Interpreting the Record of Wage Negotiations under an Arbitral Regime; Competition, Co-operation and Nationalism in 19th Century Telegrpah System; The Birth and Death of Firms in Englland and Wales during the Inter-War Yars; Locational Choice, Performance and the Growth of British Multinational Firms; Index.