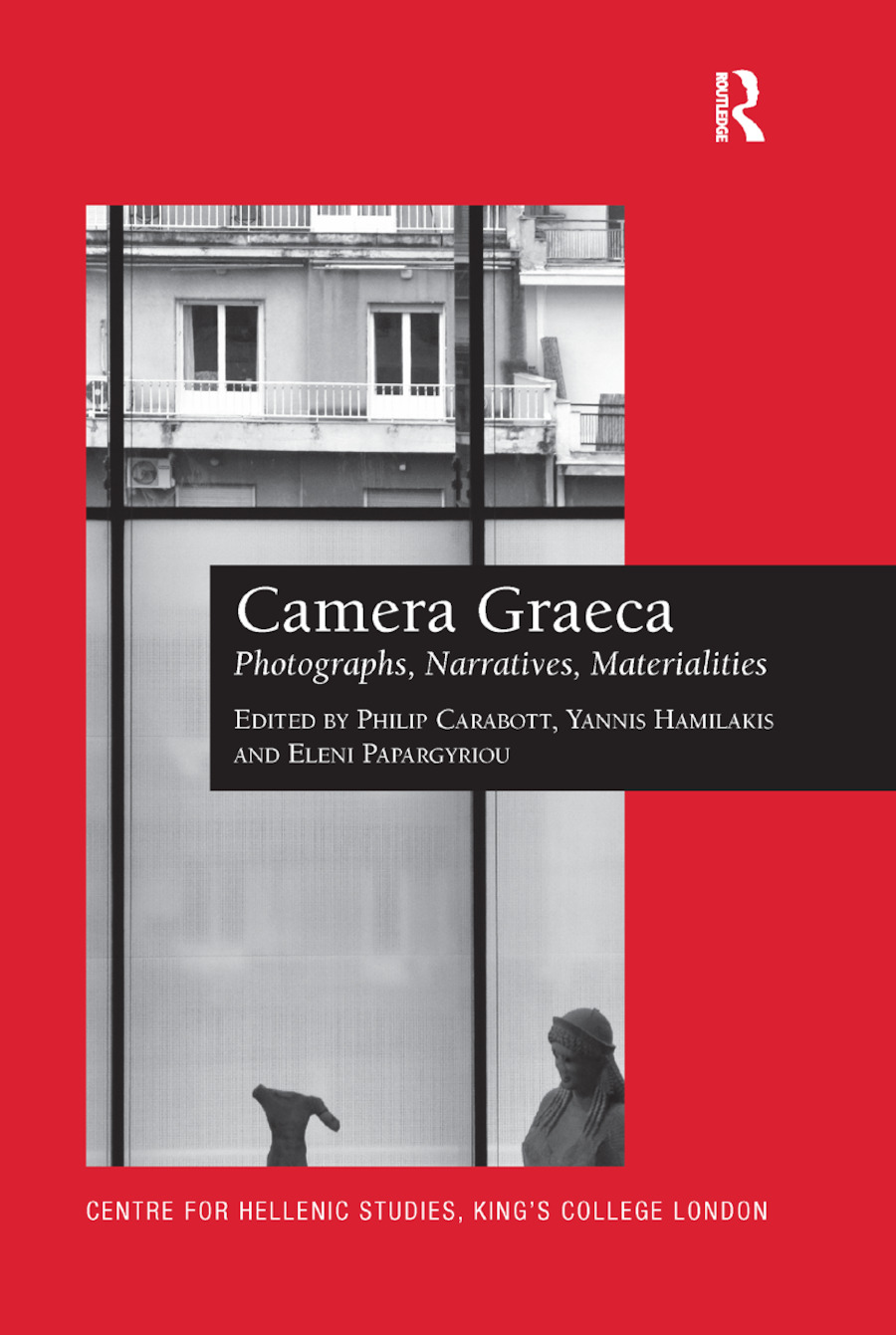 While written sources on the history of Greece have been studied extensively, no systematic attempt has been made to examine photography as an important cultural and material process. This is surprising, given that Modern Greece and photography are almost peers: both are cultural products of the 1830s, and both actively converse with modernity. Camera Graeca: Photographs, Narratives, Materialities fills this lacuna. It is the first inter-disciplinary volume to examine critically and in a theorised manner the entanglement of Greece with photography. The book argues that photographs and the photographic process as a whole have been instrumental in the reproduction of national imagination, in the consolidation of the nation-building process, and in the generation and dissemination of state propaganda. At the same time, it is argued that the photographic field constitutes a site of memory and counter-memory, where various social actors intervene actively and stake their discursive, material, and practical claims. As such, the volume will be of relevance to scholars and photographers, worldwide. The book is divided into four, tightly integrated parts. The first, ’Imag(in)ing Greece’, shows that the consolidation of Greek national identity constituted a material-cum-representational process, the projection of an imagery, although some photographic production sits uneasily within the national canon, and may even undermine it. The second part, ’Photographic narratives, alternative histories’, demonstrates the narrative function of photographs in diary-keeping and in photobooks. It also examines the constitution of spectatorship through the combination of text and image, and the role of photography as a process of materializing counter-hegemonic discourses and practices. The third part, ’Photographic matter-realities’, foregrounds the role of photography in materializing state propaganda, national memory, and war. The final part, ’Photographic ethnographiesâ

Part 1 Imag(in)ing the Nation: The three-way mirror: photography as record, mirror and model of Greek national identity. Greece as photograph: histories, photographies, theories. Photographing Greece in the 19th century: an overview. Doors into the past: W.J. Stillman (and Freud) on the Acropolis. Photographing the present, constructed with the past: Pascal Sebah's photographic mediation of modernisation in 19th-century Greece. Part 2 Photographic Narratives, Alternative Histories: The photographic and the archaeological: the 'other Acropolis'. Greece through the Stereoscope: constituting spectatorship through texts and images. Archaeology of refraction: temporality and subject in George Seferis's photographs. Textual contexts of consumption: the Greek literary photobook. Part 3 Photographic Matter-Realities: Photography as Propaganda: Once upon a time in Asia Minor: Arnold and Rosalind Toynbee's frames of the Greco-Turkish War in Anatolia (1919-1922). Nelly's iconography of Greece. War photographs re-used: an approach to the photograph collection of the Memorial Museum of the Battle of Sarandaporo. Part 4 Photographic Ethnographies: The Dispersal of Photographic Objects: From 'here and now' to 'there and then': reflections on fieldwork photography in the 1960s. Pictures of exile, memories of cohabitation: photography, space and social interaction in the island of Ikaria. Shepherds as images, shepherds with images: photographic (re)engagements in Sfakia, Crete. Projecting places: personal photographs, migration and the technology of (re)location.

Philip Carabott taught modern and contemporary Greek history at King’s College London (1990-2011). He is currently based in Athens as an independent scholar, while remaining a Research Associate at King's College, London, UK.

Yannis Hamilakis is Professor of Archaeology at the University of Southampton.

Eleni Papargyriou is a Visiting Research Fellow at King’s College London, where she taught between 2009-13. She has held research and teaching positions at Oxford University, Princeton University and the University of Ioannina, Greece.