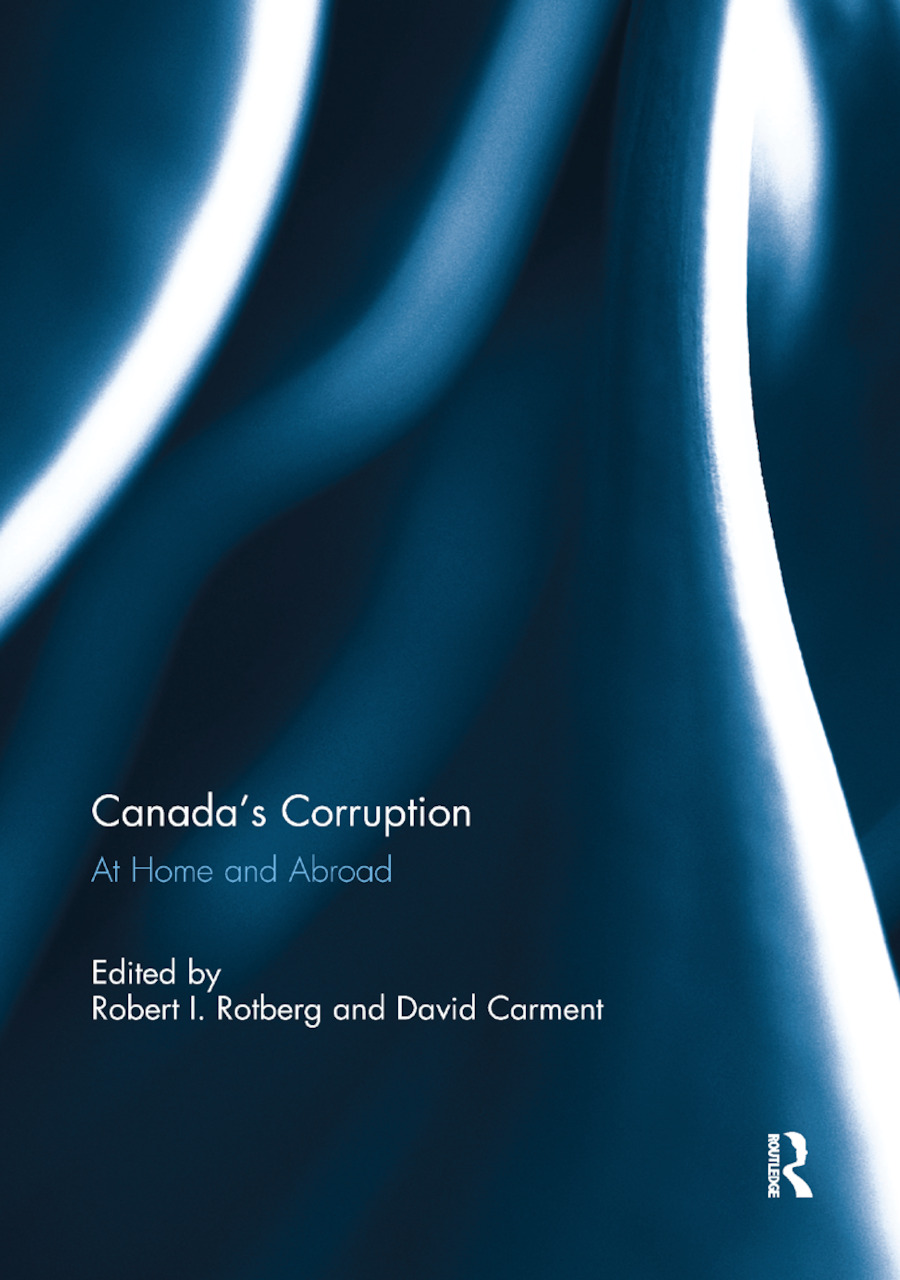 Canada's Corruption at Home and Abroad

Although Canada is regarded as one of the least corrupt countries, this volume draws on wide ranging evidence and innovative research from scholars around the world to challenge this assumption.

Corruption, defined as the "abuse of entrusted power for private gain," is often understood as being caused by internally motivated greed leading to prohibited acts in contravention of laws, rules and regulations. It can also be defined as "dishonest action that destroys people’s trust." These traditional forms of corruption pose problems for Canada in a variety of policy domains, as well as "institutional corruption" evidenced by deception and financial inconsistency that undermine the effectiveness and transparency of policy objectives.

This volume contains chapters that investigate various areas of corruption in Canada, ranging from corruption amongst the First Nations, to the armed forces, to the delivery of foreign assistance. It also offers suggestions to reduce future outbreaks of corruption. Each chapter provides detailed empirical analysis evidenced through real world examples that highlight key lessons amidst the numerous challenges posed by corruption. This book was originally published as a special issue of the Canadian Foreign Policy Journal.

Robert I. Rotberg is the Founding Director of Harvard Kennedy School Program on Intrastate Conflict, USA. He is also President Emeritus of the World Peace Foundation and a Fulbright Distinguished Professor of International Relations at the University of Sao Paulo, Brazil. He is also a Fellow of the American Academy of Arts & Sciences. His most recent book is The Corruption Cure: How Leaders and Citizens Can Combat Graft (2017).

is a professor of International Affairs at Carleton University, Canada. He is also editor of Canadian Foreign Policy Journal. He teaches conflict mediation, bargaining and negotiation, and Canadian foreign policy. His most recent books examine diaspora cooperation, state fragility and ethnic conflict.