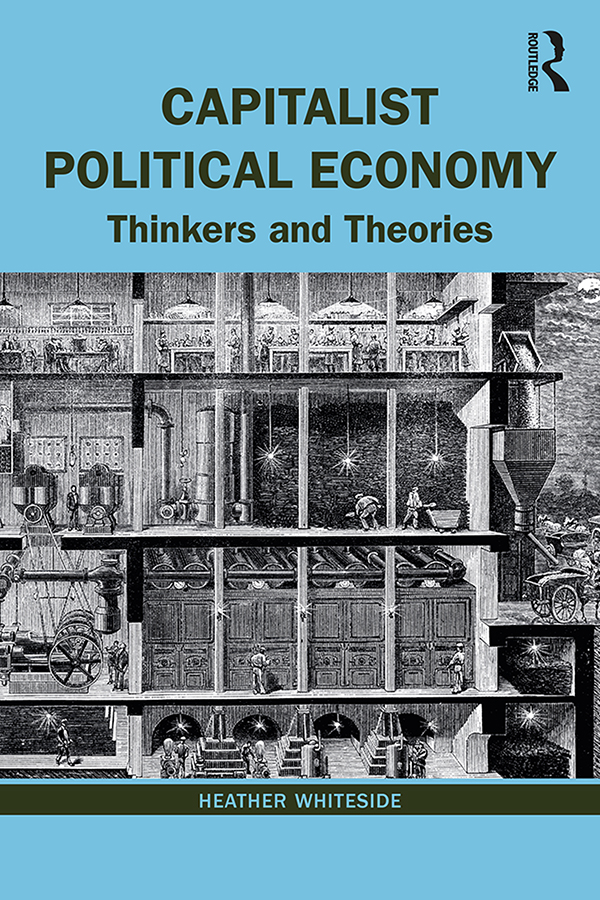 A key text, Capitalist Political Economy: Thinkers and Theories analyses the field-forming theoretical contributions to political economy that have defined, debated, critiqued, and defended capitalism for more than three centuries.

Political economy recognizes and celebrates the many and varied interconnections between politics and economics in society, together with the economic implications of public policy and the political impact of market and property relations. As such, political economy is both an approach to understanding capitalism and a reflection of the forms and features of capitalism at particular moments. Grounded in primary and secondary literature including theorists’ original writings and leading literary biographies, this text explores principal themes in the development of capitalism and political economic thought. It relates these to markets, property, profits, labour, investment, innovation, the state, growth and crises, gender, the ecological limits of capital accumulation, and rival economic practices. The book contextualizes the legacy of foundational political economists by exploring their life and times and putting them in conversation with other highly influential theorists. Equally, it also considers more contemporary views.

This book serves as an indispensable source for academic communities who are interested in the long arc of capitalist development, theories, and theorists.

Introduction. Theory and Debate in Political Economy: antecedents and developments

Chapter 3. William Stanley Jevons: the new margins of economics and the economy

Chapter 7. Feminist Political Economy and Ecological Economics: home and away

Heather Whiteside is Assistant Professor of Political Science at the University of Waterloo, Canada, and Fellow at the Balsillie School of International Affairs, Canada. Her research and writing centre on theories and practices of privatization, financialization, and fiscal austerity.