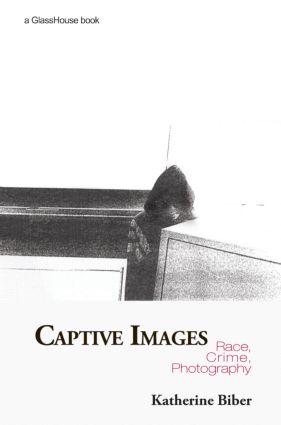 Captive Images examines the law’s treatment of photographic evidence and uses it to investigate the relationship between law, image and fantasy. Based around the scholarly examination of a bank robbery, in which a surveillance camera captures the robbery in progress, Katherine Biber draws upon critical writing from psychoanalysis, postcolonialism, art, law, literature and feminism to 'read' this crime, its texts and its images.

The result is an interdisciplinary study of crime that unfolds a compelling narrative about race relations, national identity and fear.

This book is an essential read for all levels of law students studying, or interested in, law, criminology and cultural studies.

'… a refreshingly original intervention in the field of criminology, in terms both of the material upon which it draws and the style of its analysis.

… an engaging commentary on the judicial use of the photograph in a culture in which racialized tensions structure the collective. And what may at first sight appear to be a somewhat esoteric enterprise quickly turns out to be acutely pertinent, as the author stages her discussion against the background of late modernity and its heavy reliance on visual modalities of crime control.

… [Captive Images] offers a unique theorization of law’s relation to the image. As such, the book sits well with recent developments in cultural criminology, and with the resurgence of interest in the image in socio-legal studies… Captive Images has the unquestionable merit of introducing a series of references unfamiliar to criminology, and of doing so in an accessible manner.' - British Journal of Criminology, vol. 48 no. 2 (March 2008)

'Overall, this book succeeds in making an innovative, multi-disciplinary contribution to the rapidly growing fields of study in law and visual images; cultural criminology; masculinity/ies and youth studies, indigenous studies and cultural studies. Its success lies particularly in the way it makes a complex set of ideas about law's relationship to images highly accessible to a non-academic audience, and its sophisticated discussion of Australian and United States case law around identification and cross-cultural identifications evidence means it is a must-read for legal and criminal justice professionals alike (eg. legal counsel, judges and police). I would also highly recommend this book to students…' Journal of the Institute of Criminology, Volume 20 Number 2

Katherine Biber’s Captive Images does an excellent job of explicating the way that white settler post colonial nations return again and again to the colonial racial fantasies that bind them. - David Sealy, Surveillance & Society Vol 6, No1 (2009)

1. The Hooded Bandit 2. The National Bank 3. The Epidermal Examination 4. The Mother’s Trouble 5. The Danger Zone 6. The Spectre 7. Your Fantasy, My Crime

Katherine Biber is a legal scholar and historian in the Division of Law at Macquarie University, Australia, and has been a community worker and a film critic.