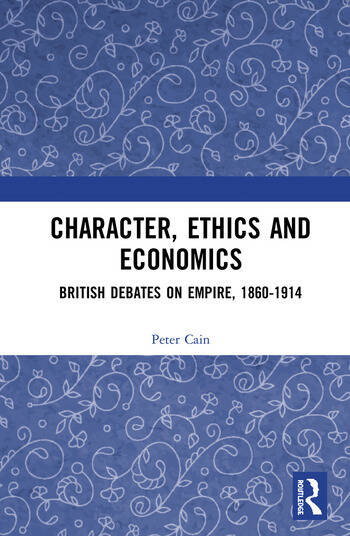 
This book is an examination of the concept of ‘character’ as a moral marker in the later nineteenth and early twentieth centuries. Its main purpose is to investigate how the ‘character talk’ that helped to shape elite Britons’ sense of themselves was used at this time to convince audiences, both in Britain and in the places they had conquered, that empire could be morally as well as materially justified and was a great force for good in the world. A small group of radical thinkers questioned many of the arguments of the imperialists but found it difficult to escape entirely from the sense of moral superiority that marked the latter’s language.

P. J. Cain is Emeritus Professor of History at Sheffield Hallam University, United Kingdom. He is the author, with A. G. Hopkins, of British Imperialism, 1688-2015 (3rd edition 2016).