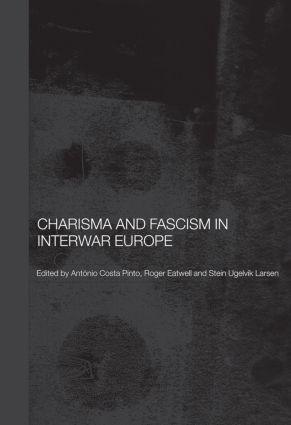 Fascism remains a topic that fascinates both academic and general audiences. This is the first book to look systematically at the leaders of fascism and related movements in the inter-war era.

It shows how fascist leaders came to personify their movements and why the Führeprinzip was applied in all fascist organizations. It also explains how fascist leadership was of a very particular kind: It was almost unlimited in political discipline and required complete subordination. The legitimacy was based on a very vague notion of 'the organic unity of the state and the people', giving the leaders competence to rule without accountability to a party organization or state bodies. Thus, we can observe in all fascist parties/movements a practical form of leadership where policies of 'split and rule' were common in absence of principles of representation and opposition feedbacks. The fascist führer was the leader, the party, the ideology - and when in power: the state itself.

This book was previously published as a special issue of Totalitarian Movements and Political Religions.

This innovative book series will scrutinise all attempts to totally refashion mankind and society, whether these hailed from the Left or the Right, which, unusually, will receive equal consideration. Although its primary focus will be on the authoritarian and totalitarian politics of the twentieth century, the series will also provide a forum for the wider discussion of the politics of faith and salvation in general, together with an examination of their inexorably catastrophic consequences.

There are no chronological or geographical limitations to the books that may be included, and the series will include reprints of classic works and translations, as well as monographs and collections of essays.