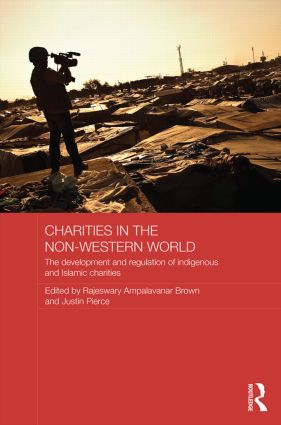 Charities in the Non-Western World

The Development and Regulation of Indigenous and Islamic Charities, 1st Edition

'The sixteen papers that have been selected to make up this book are packed with detailed researched facts on individual cases, and, put together, they ask probing questions about why people do good, what happens when they do, and what circumstances govern their decisions. The introduction by the editors highlights the question of accountability, especially to whom doers of good should be accountable to. The papers show that under colonial rule, in war, in changing social and economic climates, those questions have to be understood in their own nuances. Philanthropy, of course, is more than alleviating poverty, and it is through comparative research as presented in this book that the many facets of its character can come to be appreciated.' – David Faure, Wei Lun Professor of History, Chinese University of Hong Kong

'Charities are a critical element of civil society, the area of human organisation which lies between the state and the populace. But charities have had a complex and sometimes conflict-ridden relationship with states. This fascinating volume, with essays ranging from Japan to Saudi Arabia and Africa, illuminates this important aspect of modernity.' – C. A. Bayly, University of Cambridge

Rajeswary Ampalavanar Brown is an Emeritus Professor at the Royal Holloway College in London, UK.

Justin Pierce teaches at the University of East London, UK.