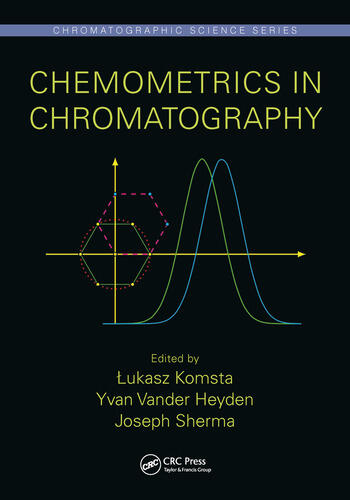 Chemometrics uses advanced mathematical and statistical algorithms to provide maximum chemical information by analyzing chemical data, and obtain knowledge of chemical systems. Chemometrics significantly extends the possibilities of chromatography and with the technological advances of the personal computer and continuous development of open-source software, many laboratories are interested in incorporating chemometrics into their chromatographic methods. This book is an up-to-date reference that presents the most important information about each area of chemometrics used in chromatography, demonstrating its effective use when applied to a chromatographic separation.

Professor Łukasz Komsta is currently full professor in the Department of Medicinal Chemistry, Faculty of Pharmacy, Medical University of Lublin (Lublin, Poland). His main scientific interest is the theory and application of liquid chromatography, especially in connection with computational chemistry, drug chemistry and chemometrics. Another scientific interest is application of chromatographic methods (especially thin layer chromatography) in the analysis of drugs. He had several stays in Department of Chemometrics of Silesian University as a member of the team of Prof. Beata Walczak and Prof. Michał Daszykowski.

Professor Yvan Vander Heyden obtained the diplomas of laboratory technician in 1986 (highest distinction), of pharmacist in 1991 at the Vrije Universiteit Brussel - VUB (highest distinction), and a Ph.D. in pharmaceutical sciences in April 1998 at the same university (promoter: D.L. Massart). Since 1998 he was a postdoctoral fellow at the same department, became a guest professor in 2001, an associate professor in 2003 and obtained a full-professor position in April 2004. At the moment he is heading a research group on chemometrics and separation science at the same University. His publication record contains 14 chapters in books, 290 manuscripts of which about 260 in peer reviewed journals. Till now he had about 45 oral and about 270 poster presentations at national and international congresses and symposia. He is co-promoter of four doctoral theses and, since 2004, promoter of 17 defended Ph.D. theses. At the moment he is supervising the work of 13 doctoral students. He also was a jury member in 41 Ph.D. defences, not only at his own university but also at the Universities of Leuven, Ghent, Liege, Nijmegen (The Netherlands), Amsterdam (The Netherlands), Tarragona (Spain) and Shanghai (China). He is or was member of the Scientific or Organizing Committees of several international congresses (Conferentia Chemometrica 2005, Drug Analysis 2006, Chemometrics in Analytical Chemistry 2006, HPLC2007, RDPA2007, PBA2008, RDPA2009, DA2010, CAC2010, HTC2012, CAC2012) and of the editorial boards of four journals (Analytica Chimica Acta, Talanta, Journal of Pharmaceutical and Biomedical Analysis and Acta Chromatographica). Since 2006 he also is the editor of the ‘Practical Data Handling’ column in LC/GC Europe. In 2013, prof. Yvan Vander Heyden received an honorary doctorate from the Medical University of Gdańsk, Poland.

Professor Joseph Sherma received a B.S. degree in Chemistry from Upsala College, East Orange, NJ, in 1955 and a Ph.D. degree in analytical chemistry from Rutgers, the State University, New Brunswick, NJ, in 1958 under the supervision of the renowned ion exchange chromatography expert Wm. Rieman III. Professor Sherma is currently John D. and Frances H. Larkin Professor Emeritus of Chemistry at Lafayette College, Easton, PA. He taught courses in analytical chemistry for more than 40 years, was Head of the Chemistry Department for 12 years, and continues to supervise research students at Lafayette. During sabbatical leaves and summers, Professor Sherma did research in the laboratories of the eminent chromatographers Dr. Harold Strain, Dr. Gunter Zweig, Professor James Fritz, and Professor Joseph Touchstone. Professor Sherma has authored, coauthored, edited, or coedited more than 745 publications, including research papers and review articles in approximately 55 different peer reviewed analytical chemistry, chromatography, and biological journals; approximately 30 invited book chapters; and more than 60 books and U.S. government agency manuals in the areas of analytical chemistry and chromatography.

"So why is this book a must purchase? It consists of seven sections, sub-divided into a number of chapters. Just the first three sections make this a book to purchase...this is a great book for all chromatographers. It will make you look and consider your experimental designs and the data you collect. Some of the methods described are not standard in your chromatographic data system. But with today’s high-performance computers and the vast amount of open source software I am sure the average lab scientist can easily implement the well-described methods in the book." 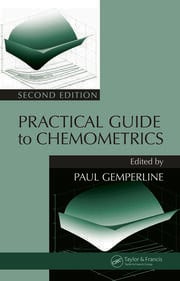 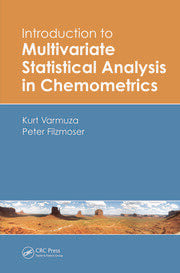 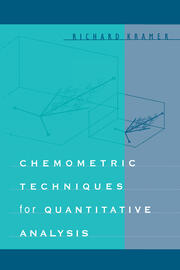 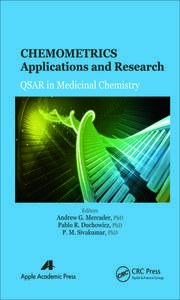