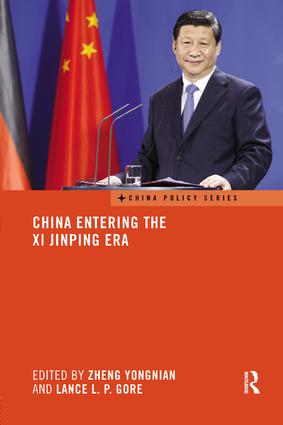 How will China develop under the new leadership of Xi Jinping and Li Keqiang? This is a key question for both China and the wider world. This book presents a comprehensive overview of the key areas and issues, assessing how things are likely to develop under the new leadership. It considers the economy, trade, politics, and demographics; appraises the leadership, both at the national and provincial levels; and discusses potential flashpoints in China’s relationship with its neighbors and China’s emerging role in world politics. The book emphasizes the great uncertainties surrounding the next phase of China’s development, highlighting the structural problems of the economy, the problems of urbanization and governance, and the deep social cleavages which exist over issues such as income disparity, rampant corruption and unequal opportunities in social mobility. Against this backdrop it measures the emerging leadership of Xi Jinping to assess the prospects for China in the next decade and beyond.

Zheng Yongnian is Professor and Director of the East Asian Institute, National University of Singapore