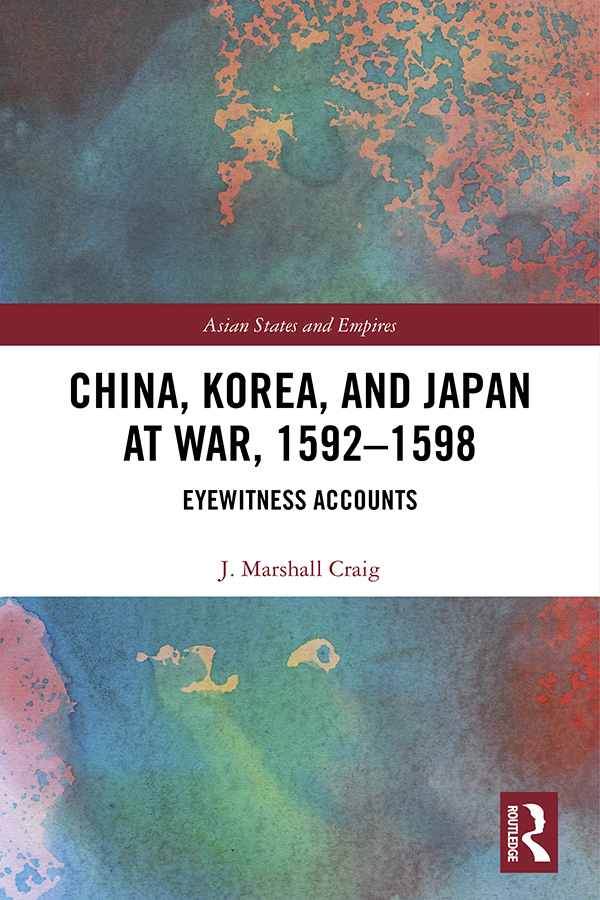 The East Asian War of 1592 to 1598 was the only extended war before modern times to involve Japan, Korea, and China. It devastated huge swathes of Korea and led to large population movements across borders. This book draws on surviving letters and diaries to recount the personal experiences of five individuals from different backgrounds who lived through the war and experienced its devastating effects: a Chinese doctor who became a spy; a Japanese samurai on his first foreign expedition; a Korean gentleman turned refugee; a Korean scholar-diplomat; and a Japanese Buddhist monk involved in the atrocities of the invasion. The book outlines the context of the war so that readers can understand the background against which the writers’ lives were lived, allows the individual voices of the five men and their reflections on events to come through, and casts much light on prevailing attitudes and conditions, including cultural interaction, identity, cross-border information networks, class conflict, the role of religion in society, and many others aspects of each writer’s world.

1. Warning of the Tsunami to Come – Xu Yihou, patriot in exile

3. Between a Tiger and Wolves – Oh Hŭimun, refugee in his own land

6. A World Connected – Oh Hŭimun, one among many

J. Marshall Craig completed his doctorate at the University of Oxford.