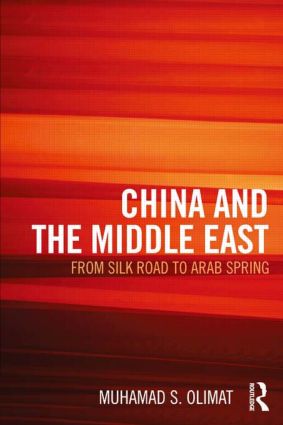 China and the Middle East

China and the Middle East uniquely explores China’s growing presence in the Middle East, and both the benefits and anxiety that this presence has caused in the region, as well as in the West. There are currently very few sources of reference from a Middle Eastern standpoint on the role that the China is currently playing out in the Middle East. Muhamad Olimat addresses this gap in the literature, presenting an in-depth analysis of Chinese-Middle Eastern relations, highlighting some of the most important events that characterize the ties between China and the Middle East, and examining their relationship in key areas such as energy, trade, arms sales, culture and politics.

The title consists of 8 chapters, focusing on the following topics:

'… an excellent handbook … I do not know of a book that better fulfills this goal. … (provides) a smorgasbord of concise, clear, engaging and accessible chapters.' - Teresa Wright, California State University, in 'Pacific Affairs'

'… laudable and ambitious … heartily recommended as an introduction to a range of important topics, and as an excellent overview of the relevant issues and institutions'

Chapter 5 - Cultural Exchange: the Growing Stature of China in the Middle East