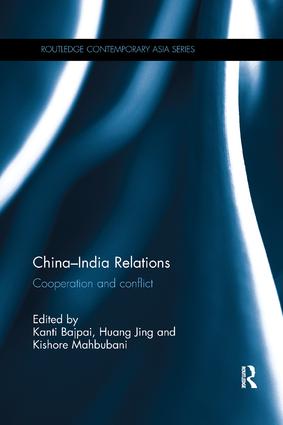 The question of whether China and India can cooperate is at the core of global geopolitics. As the two countries grow their economies, the potential for conflict is no longer simply a geopolitical one based on relative power, influence and traditional quarrels over land boundaries.

This book assesses the varying interests of China and India in economics, environment, energy, and water and addresses the possibility of cooperation in these domains. Containing analyses by leading authorities on China and India, it analyses the nature of existing and emerging conflict, describes the extent of cooperation, and suggests possibilities for collaboration in the future. While it is often suggested that conflict between the giants of Asia is the norm, there are a number of opportunities for cooperation in trade, international and regional financial institutions, renewable energy development and climate change, and shared rivers.

This book will be of interest to researchers in the fields of Asian Studies, International Relations, and Asian Politics.

Huang Jing is Lee Foundation Professor on US–China Relations and Director of the Centre on Asia and Globalisation at the Lee Kuan Yew School of Public Policy, National University of Singapore.

Kishore Mahbubani is Dean and Professor of Practice at the Lee Kuan Yew School of Public Policy, National University of Singapore.